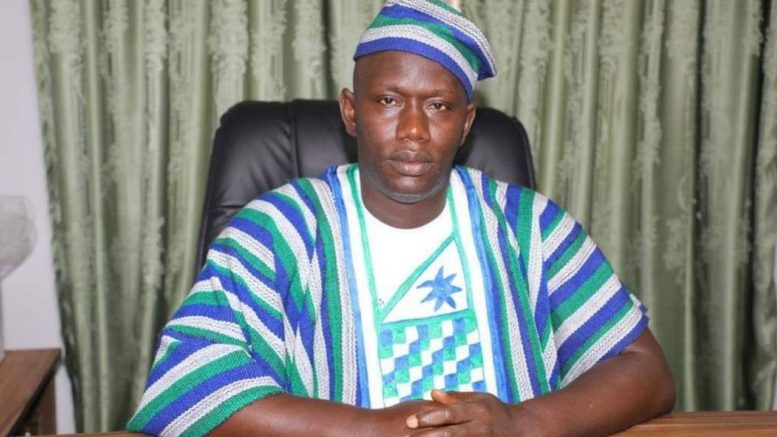 The Sierra Leone People’s Party (SLPP) will meet in Bo to elect its national executives on December 17, 2021. Prince Harding and Jimmy Batillo Songa are the leading candidates. The new executive will usher the Party into the 2023 elections. Expectations of victory are high. These are not illusionary expectations. The Party has almost delivered on all its promises to the people of Sierra Leone.

SLPP Internal Politics and the Future

Certainly, the desire to be part of the story is also high among the Party membership. Those ambitious enough to seek leadership roles have carved their constituencies within the Party. It will help fuel their ambitions to victory. Such is the nature of democracy, especially liberal democracy.

While democracy may not be the best system, there is no better and more viable alternative. In Africa, the fractious jubilations and, sometimes, the internecine infighting may weaken group strength. Internal weaknesses will allow strong oppositions to prevail, such as the SLPP experience in 2007.

The way out is for New Thinking to enhance the capacity of the New Direction to fulfill its ten-year mandate to Sierra Leoneans. A New Thinking will set the most appropriate tone for another decade. It would create a New Sierra Leone that is educated and prosperous in all areas of endeavor – materially and socially.

To achieve this historical ambition of a New Sierra Leone would require an equally historical action. It starts with the election of the Party’s National Executive Council.

Dr. Prince Harding (The Bullet) may not be the right candidate.

Time To Rest The Bullet With A New Strategy

The Bullet has played a pivotal role in the SLPP. Bullet helped bring the SLPP out of the cold to govern in 1996. It was during the War years and, after years of solitude! The year – 2005 – and term he lost the Secretary-Generalship to JJ Saffa, the Party again returned to opposition in 2007.

Unlike the 60s, when the SLPP strong base disappeared into oblivion, in 2007, it stayed put and strong. SLPP was ready and determined to confront an old nemesis – All People’s Congress (APC), whose behavior hasn’t changed much.

Genesis of Changing Strategy in the SLPP

The old APC violence resurfaced in the “new” APC during the 2007 elections. Massive corruption and paternalism followed the APC victory. The crime was so immense the like of which Sierra Leone had never experienced. A Commission of Enquiry testifies to this reality.

Organized violence and crime fueled the “new” APC thugs, attacked the SLPP Party Office on Wallace Johnson Street, set it on fire, and ravaged its furniture items beyond repairs. Led by the notorious Leather boot, they beat and raped their way into demoralizing the Party.

In the deafening silence against APC atrocities, John Oponjo Benjamin (JOB) appeared as a strong and fearless voice for the Party. The timing was right. JOB would move on to become Party Chairman, defeating M.A. Sandi in Kenema.

In the same convention, it became public knowledge that the SLPP 2007 Presidential Candidate, Solomon Ekuma Berewa (Solo B), and Ex-President Tejan Kabba had issues. The Party must work to create a new vision for the future.

JOB was ready for the task.

The JOB administration had some highs and lows. Even though JOB took the Party to the 2012 elections, he was weaker than when he first got in. The struggle for Flagbearer took its toll on JOB’s leadership when most of the core grassroots of the Party came to see him as the real problem.

The ensuing Bubuakei Jabbie court debacle was just one aspect of the issues to weigh on JOB. In the end, the Party called for a compromise election. Most of the JOB team were re-elected. It was out of sympathy and a desire not to over rock the boat as the Party entered the 2012 elections.

Maada Bio Comes to the Rescue

To understand the undertone dynamics in the present struggle for the Chairmanship of the SLPP – especially between Jimmy Batilo Songa and Bullet, one would require an insightful knowledge of the JOB era.

Today, Maada Bio is His Excellency, Dr. Julius Maada Bio. He is also the de facto leader of the SLPP. Bio comes with unique skillsets and opportunities. The trajectory he is taking in Sierra Leone can only be sustainable if he can pass the baton to a new generation of leadership.

The SLPP opposition built confidence during the JOB era, but Aspirant Maada Bio drove most. Much evidence of an anti-Bio campaign among the elites within the Party exists. The relentless persistence of the Bio camp eventually earned them the moniker – PAOPA – thanks to Sylvia Blyden – who was seen as advancing the interest of JOB.

Today, Maada Bio is His Excellency, Dr. Julius Maada Bio. He is also the de facto leader of the SLPP. Bio comes with unique skillsets and opportunities. The trajectory he is taking in Sierra Leone can only be sustainable if he can pass the baton to a new generation of leadership.

Any interruption in the Bio era can have far more disastrous consequences for our nation than what happened to the Tejan Kabba era.

SLPP Must Get it Right this Time

That is why who chairs the SLPP into 2023 is important. With Bullet, there are predictable chances that the same negative dynamics ensued during the JOB years may resurface, albeit in new modes. The only reason it may not degenerate into fractious infighting maybe because Chairmanship and Leadership are again two distinct positions.

Nevertheless, win or not, The Bullet may not chair the Party beyond 2024. Anyone stepping into the Chairmanship role by then would deal with the issue of the next Flagbearer elections. As such, it is now that we need to prepare the next Chairman for that important role. Training into a better Chairman starts now.

That is why Jimmy Batilo Songa may be the right candidate for the SLPP 2021 Chairmanship.

If elected in December 2021, the first stable three years will allow Jimmy to evolve into a better chair to deal with all aspects of electioneering in the election of the SLPP post-Bio Flagbearer.

Besides, Jimmy has proven he can bring the youth along. As Bio through his decade of seeking the leadership of the Party, Batillo will be a great partner in ensuring SLPP continues in governance beyond Bio.

It is the desire of the core aspirations of the SLPP grassroots and an excellent reason why we must do everything to elect Jimmy Batilo Songa.

Legacy Of Kabbah In Farewell Speech to Parliament