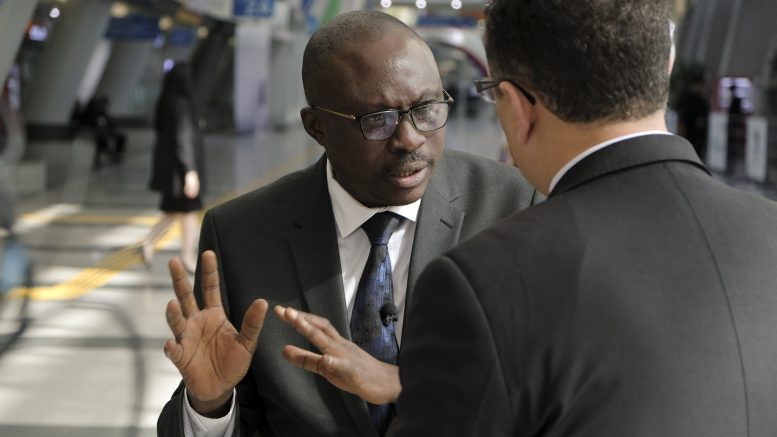 My 17 or more years of acquaintances with the man I have often called an icon can best be summarized thus: For those who may have known J.J Saffa much earlier, they will have novels to write, but my knowledge of this man stems from mid-2004 when I was serving in both the Njala University Student’s Union Government and the National Union of Sierra Leone Students as a senior statesman.

J.J Saffa, by 2004 was the World Bank’s Human Capital Development Specialist at the Sierra Leone Country Office. This job positioned him to help secure the Bank’s funding for major Government projects like the re-introduction of Local Councils and establishing a new Decentralization Secretariat.

Whilst at the Bank, J.J Saffa acted several times as Task Team Leader for major World Bank projects in Sierra Leone and Liberia. This was the enviable job master J.J Saffa declined when he voluntarily resigned to serve the SLPP. What a sacrifice! When he resigned, several people thought it would be the greatest mistake he would ever make. One evening, he told me: “we all need to sacrifice at some point for Sierra Leone…this is my sacrifice”. The next day he tendered in his resignation. As a young graduate, comprehending such a “sacrifice” was paradoxical, knowing the selfish exuberance in my quest for a job.

The rest is history as hundreds of his peers and younger ones benefited from his World Bank magnanimity heading Regional and Global Organizations today.

J.J SAFFA AS HEAD OF THE SLPP SECRETARIAT

The SLPP welcomed the arrival of a highly-skilled, academically balanced, but politically middle-class man at the SLPP National Secretariat as National Secretary-General. His election de-mystified the political stereotype then about “The Prince of SLPP.” This was David “defeating” Goliath. An unprecedented history about J.J Saffa’s election as National Secretary-General was that almost all best brains and professionals across the political divide in Sierra Leone morally and financially supported JJ Saffa. This body later came to be known as the Reform Group. The best collection of brains ever mobilized.

At the SLPP Secretariat, his first assignment was to design a functional management review platform for all Elected National Executives and Staff of the Secretariat. Job Descriptions were designed for everyone.

The next immediate action point was to develop a Strategic Plan for the Party, especially as we were approaching elections. Unfortunately, poor Solo B couldn’t hear that part of the school bell while it rang and instead told JJ Saffa to handle it at the Secretariat level while he led his campaign.

J.J Saffa quickly developed a sound Financial Management Guide that is used even today at the Secretariat. A National Gender policy was developed and since then am not sure it has ever been revisited.

An aggressive media policy and strategy was developed that led to the establishment of the UNITY RADIO. It’s unquestionable that operating the Unity radio then was the best that ever happened to the SLPP. It gave hope to party members. The APC was quick to raise negative campaigns against radio stations for political parties, and our party leadership then fell for such; thus, they took Unity Radio off the air.

In the period leading to the elections, Sierra Leoneans at home and abroad know that party functions were relocated to Spur Road, the then residence and office of the party flag bearer. The rest is history. Thus the poorly resourced Secretariat could do nothing to stop the regime change agenda in high motion.

When the SLPP lost the 2007 elections, several offers were made to JJ Saffa for international jobs, but the selfless JJ told me, “we have to bring back the SLPP to power.” For him, picking up an international job was the easiest thing. Even his one-time “STOP PRESS” friend, then-President Koroma, made several offers for J.J Saffa to join him, which he would turn down each time it is made.

Between 2007-2018, JJ Saffa committed 90% of his time to internal SLPP politics. When eventually Brig Rtd Maada Bio was elected flag bearer of the SLPP in 2011, I saw the best of JJ Saffa all over. Maada Bio, knowing the competencies of JJ Saffa, worked with him to actualize those political strategies that were left unattended in 2007.

The political dynamics and the role played by JJ Saffa in the 2018 elections is an open chapter in a public library for all to read. JJ Saffa believed in and trusted HE Bio even before he became President.

A friend of mine is writing a book he has titled: “THE MAKING OF A PRESIDENT…THE CASE OF JULIUS BIO”….it will interest you to know that his sole respondent for informed analysis and insights is JJ Saffa.

J.J SAFFA AS MINISTER OF FINANCE 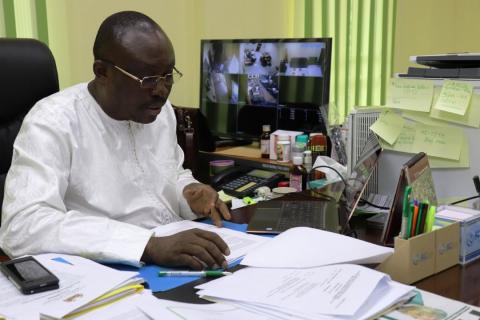 Do I need to say more? JJ Saffa remains Sierra Leone’s enviable Finance Minister that has enjoyed the highest donor support from our development partners. Not even during or during the immediate post-war years did Sierra Leone ever enjoy such high fiscal support. Today, almost every quarter of our financial year, Sierra Leone gets a big boost/support from our development partners.
Within Regional and Global polity, JJ Saffa occupies an enviable seat among his colleague Ministers of Finance. He remains their undisputed leader.

Stabilizing the economy, especially in prudent fiscal management, stabilizing the Leone, regular budgetary support, and an enviable increase in own-source revenue collection is the envy of other economies around us.

Infrastructure-wise, the development specialist just launched a research/dissertation complex for Economics students across the country within the Finance Ministry to access up-to-date resources relevant for their undergraduate and postgraduate studies. The facility is well equipped with recreational facilities for all its visitors. The long-awaited electronic lift has been installed. It remains the fastest in the country for now.

As the New Chief Minister, let us see “WHAT WILL J.J SAFFA BRING TO THE TABLE DIFFERENTLY.