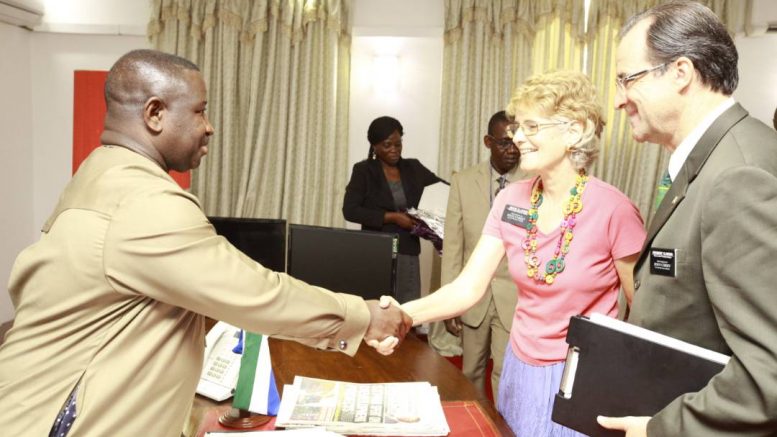 Leaders of The Church of Jesus of Christ of Latter-day Saints paid a courtesy call on His Excellency the President Julius Maada Bio, President of the Republic of Sierra Leone at his State House Office in Freetown. 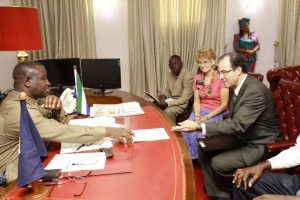 The visiting team expressed their appreciation and congratulated His Excellency on his call to office.

Presenting a congratulatory letter and a family statue from the Africa West Area Presidency, President Clawson said, “It is the tradition of the Church to visit and pray for leaders because we believe that God has a hand in making leaders.”

He highlighted some of the projects undertaken by the church to help the people of Sierra Leone which included the provision of clean water and extensive eye care service.

President Clawson cited the significance of the statue of the family and said ‘’The family is the bedrock of society’’. This brought a broad smile on the face of His Excellency.

President Bio thanked the Church leaders for the visit and for their support to the people of Sierra Leone.especially those in need.  He said the business of government is to also help those who are less privileged. He spoke about religious tolerance and said that the Muslims and Christians in Sierra Leone speak the same language.

Expressing his appreciation for the gift of the family statue, President Bio said, ‘’I can see my daughter, my son and my wife on this statue’’.  He appreciated the family concept and affirmed the importance of family, saying that it is from the family that we make nations.