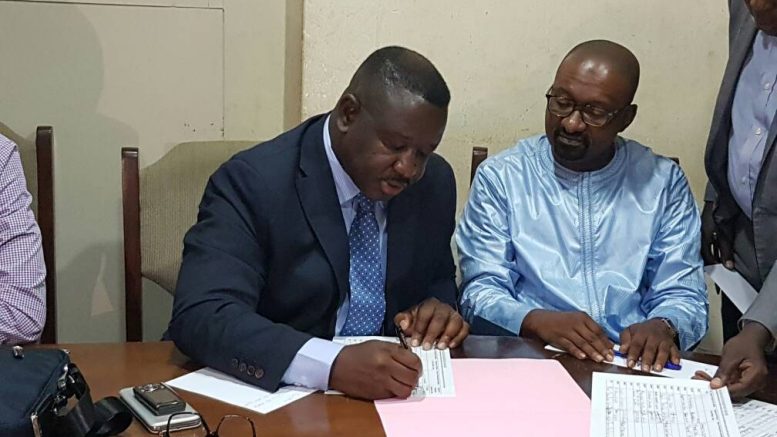 Dr. Mohamed Juldeh Jalloh was born in the Kono district by parents from Port Loko District. His mother hails from Kalangba, in the Lokomasama Chiefdom and his father from Tentefore, in the Kafu Bullom Chiefdom. 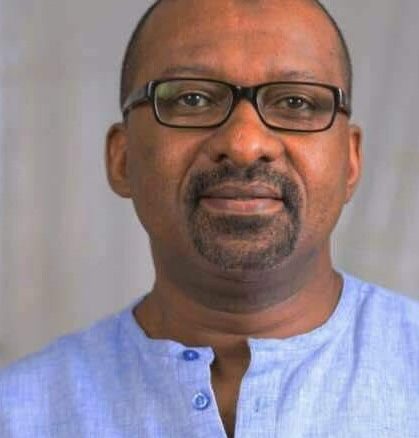 Dr. Jalloh, a devout Muslim started school in Kono, where he attended the Islamic Primary School and later graduated to the Koidu Secondary School. He then passed his Advanced Level qualifications at the Ahmadiyya Muslim Secondary School in Freetown. Dr. Jalloh graduated with a BA from the Fourah Bay College, the University of Sierra Leone before moving to Nigeria, where he obtained an MSc in Political Sciences from the University of Ibadan.

Following his solid academic track records, Dr. Jalloh was admitted to a Ph.D. Programme and obtained his Doctorates degree from the Institute of Political Sciences, the University of Bordeaux in France.

Dr. Jalloh also supported the Algerian led mediation process of the Malian crisis. While at the United Nations Office for West Africa (UNOWA) and the Sahel in Senegal, he served as the Sahel Advisor to the Special Representative of the Secretary-General of the United Nations for West Africa and the Sahel. In that capacity, he co-lead the elaboration of the United Nations Strategy on the Sahel, and worked closely with the Peace and Security architecture of ECOWAS, the African Union-led Nouakchott process and later the G5 Sahel and several international NGO’s active in security and governance issues.

During his work as West African Analyst for the International Crisis Group, Dr. Jalloh covered Liberia, Guinea, Sierra Leone and Guinea Bissau. Among others, he was responsible for writing renowned policy reports and articles on these countries and undertook numerous advocacy trips in several countries in Europe and Africa including at the ECOWAS, African Union and the European Union in Brussels.

Dr. Jalloh supported Campaign For Good Governance program on public policy analyses and research including leading the study on quality education in Sierra Leone with other various stakeholders in Sierra Leone. As a research and teaching fellow at the Institute of Political Sciences, the University of Bordeaux in France, Dr. Jalloh has also been published in several book chapters as well as in reputed international journals.

Dr. Jalloh brings with him over fifteen years of substantial experience and a track record, including distinguished service in the above national and international institutions, organizations, and countries. His hard-work and competences have earned him an international reputation as a specialist in the fields of public policy analysis, governance, development and security issues.

This reputation has led him to hold the above central leadership, managerial and research type positions in the United Nations, the International Crisis Group, the University of Bordeaux and, in the Campaign for Good Governance in Sierra Leone.