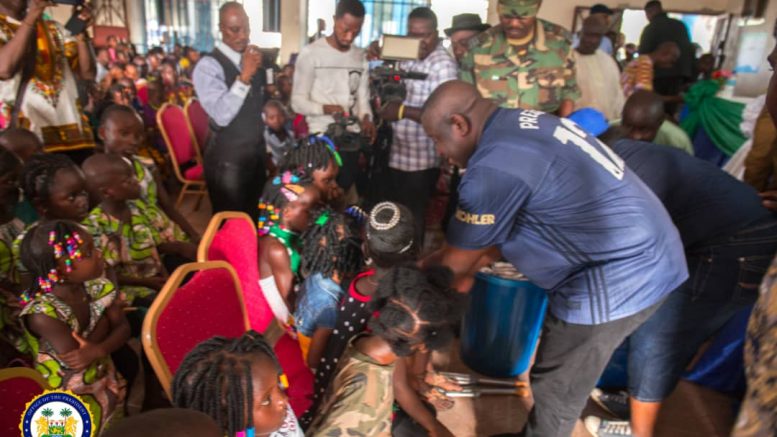 In a brief statement before the event, The President said he was delighted to celebrate the festive period with children, saying the period was a moment of joy, hence he thought of spending with it children on the Island.

Chairman for the Bonthe District Council, Moses Probyn, who was part of the organising team, said he had always known President Bio as someone who had passion for kids. He thanked the President for making children part of his priority and encouraged him to continue in that direction.

“Even before becoming the President, he always had special feelings for children. Each time he comes here on holidays, he always brings gifts for the children and they like being around him,” he said.

The Christmas party by President Bio was the second he had had with kids from disadvantaged homes during this festive period. The first one was held at his office, State House, in Freetown where he shared food and assorted gifts with some 800 kids.