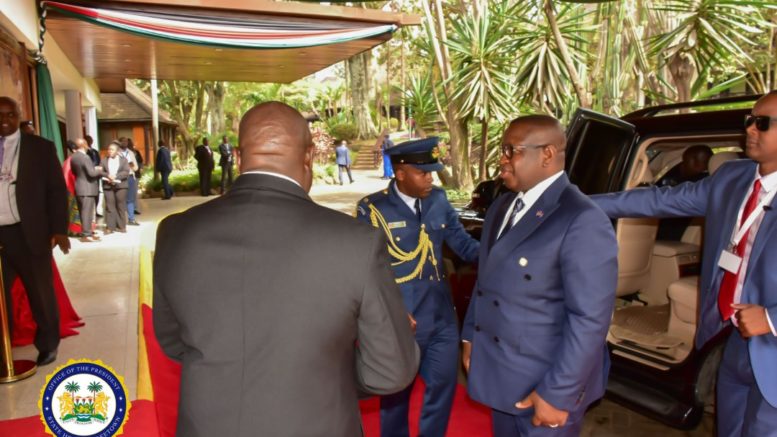 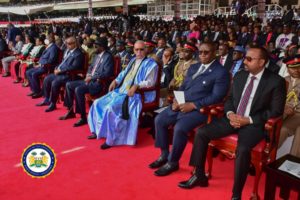 In his inauguration speech, the newly elected President started by recognising several Heads of State and Government, including President Julius Maada Bio whom he referred to as his brother.

“This is a momentous occasion for Kenya. Our politics and elections have never failed to be emotive, engaging and dramatic. The most recent installment, however, showcased our most exemplary democratic performance ever,” said President Ruto.

He also commended Kenya’s Independent Electoral and Boundaries Commission for stewarding transparent and credible elections and praised the Supreme Court for not only giving comfort to the doubtful but also restoring faith in Kenya’s electoral and judicial institutions.

Chief Registrar of the Judiciary, Hon. Anne Amadi, administered the Oath of Allegiance and the Oath of Due Execution of Office to both President William Samoie Ruto and Deputy President Hon. Rigathi Gachagua before the Chief Justice of the Republic of Kenya, Hon. Justice Martha Koome.

The outgone President, His Excellency Hon. Uhuru Kenyatta, handed over the Instruments of Power and Authority to the newly sworn-in President.