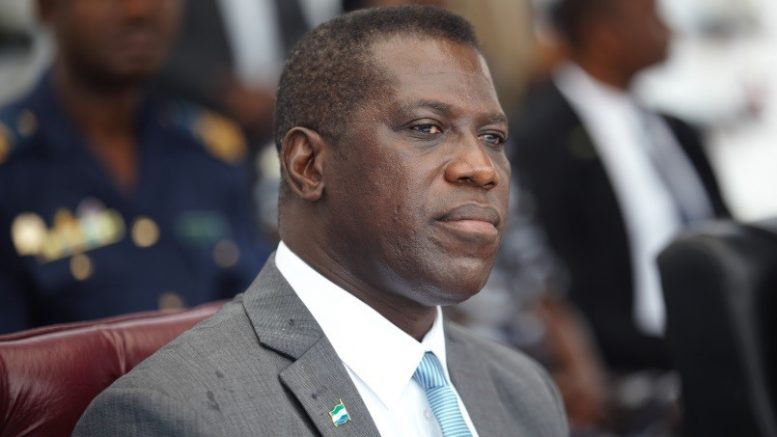 On 16th September 2020, the Awoko newspaper ran a banner headline, “Office of the Presidency 3rd Most Corrupt Institution in Sierra Leone.”

The attention of the Office of the Chief Minister (OCM) has been drawn to an Awoko Newspaper headline titled: “Office of the Presidency” 3rd most corrupt institution published on the 16th September, 2020 based on a so-called Afrobarometer Report published by the Institute for Governance Reform (IGR).

The OCM is informed that the wider Office of the President were not accorded the respect to be served copies of the report nor were they contacted to corroborate the survey findings that touched on the highest office of the land – The Presidency.

This so-called survey was done in blatant disregard of the very basic principle of research information dissemination especially when the Office of the Presidency was a survey target. Notwithstanding, the OCM formally wrote to the IGR on Thursday 17th September 2020, requesting a submission of the copy of the Afrobarometer Report before close of business. Up to the time of publishing this Press Release, the IGR have not had the courtesy to even acknowledge receipt of the letter from the OCM.

A credible perception survey should disclose in detail, the research methodology including a composite of the sample size, frame and stratification, coverage area and weights. The questions should be free of ambiguity, so that the respondents should have the same understanding of the questions and timeframe. Therefore best practice requires corruption perception surveys to indicate corruption indices and should further include the scope and the aspects of corruption for an institutional survey target like the Office of the Presidency. Furthermore, where indices are not listed to provide clarity to the respondent, the researcher should probe the response with “WHY.” This substantiate the response which signals to the researcher/interviewer whether the respondent understand the question. Unfortunately, the IGR have not disclosed these variables and therefore brings into doubt, the veracity of their survey findings and conclusions.

The OCM wishes to remind the public about the impressive strides taken by the Office of the President in the fight against corruption in Sierra Leone. This is reflected in the recent assessment of Sierra Leone by Millennium Challenge Corporation (MCC) in the fight against corruption which shows an 8 percent leap from 71 percent in 2019 to 79 percent in the recent scores for 2020. In addition, the President has shown strong political will towards the review and amendment of the Anti-Corruption Act, now considered to be one of the toughest in West Africa. In much the same vein, the Office of the President supported the Office of the Chief Justice to create an Anti-Corruption Division within the High Court of Sierra Leone with 5 dedicated Judges to speedily deal with corruption matters.

The public is assured that the Government remain committed in the fight against corruption.