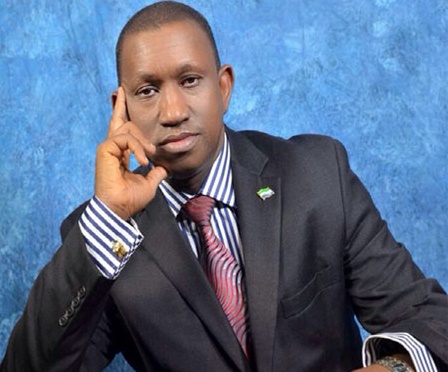 According to David Nyakoi, deconstructing the perception of SLPP Mende hegemony means acting boldly in the selection of a Running Mate and, that Running Mate should be Alpha Timbo, a Northerner, and an avid Party loyalist.

Maryland-USA – For quite some time and Perhaps, in the intervening years, since the formation of the APC in 1960, the deliberate, untruthful, and cynical propaganda it has and continues to have about the SLPP is that the SLPP is a South -Eastern Party – a Mende Party at best!

The last Presidential elections saw a peripheral effort to deconstruct this negative propaganda, by having Kadi Sesay as the Running Mate. In their ever self-centered quest for gender equality and power, SLPP women with gaga, with pumped up enthusiasm for having a woman on the ticket, and for that matter, a Northerner, a distant and estranged Northerner [breathed a fresh air of hope].

This time around, one Northerner that keeps fascinating the public is not distant and had been a key player in both the national and party politics of his country. What else can I say? That the SLPP is a Mende man party is a cynical and deliberate political construct of Siaka Stevens that has no place today in the rapid, unpredictable trajectory of our county’s party and power politics.

And, for those so-called SLPP diehards who have bought into and still cling to this notion, I advise them to either go away or get out of the way. If you ask me ten times over, I’ll tell you each time, the Alpha Osman Timbo, a Northerner, has represented and served this party in more positive lights than many in the South East have. Go figure!