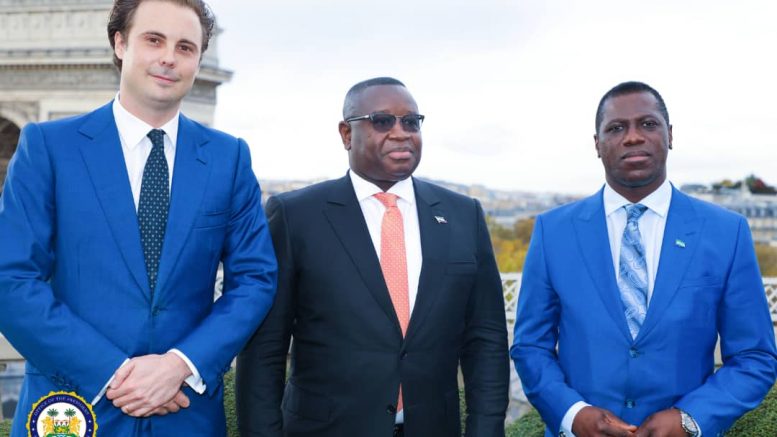 Chairman of Vivendi Village and Senior Executive Vice President of Communications, Simon Gillham, told the President about the CanalOlympia project which he described as the leading network of cinema and live performance venues in Africa.

He explained that because of the President’s commitment, they had identified Sierra Leone for the construction of the first CanalOlympia project in an Anglophone country in West Africa. He added that the project would involve the construction of a movie theatre with a capacity of around 300 seats and an open-air stage with a capacity for around 5,000 people for concerts and other kinds of entertainment shows.

“CanalOlympia venues are fitted with the latest sound and projection, including 3D, technologies and use the energy provided by solar panels and batteries. This project will be done at no cost to government and it will create jobs for local people,” Mr. Gillham said.

The President immediately encouraged his Minister of Tourism and Culture, Madam Memunatu Pratt, who was also part of his delegation, to ensure that all necessary documentation and support were provided upon their return for the implementation of the CanalOlympia project.