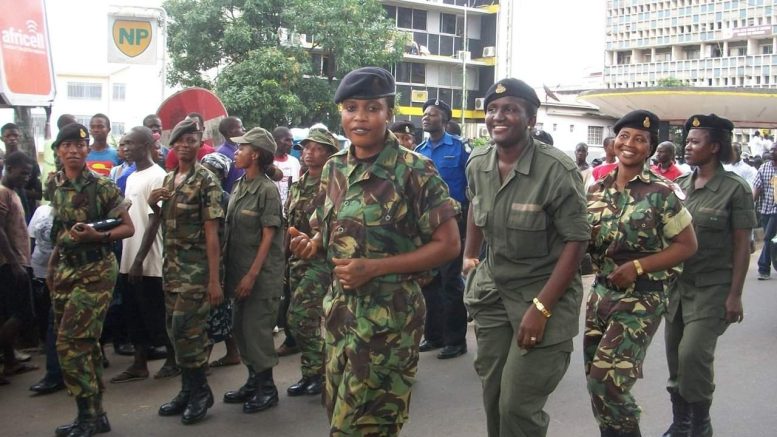 300 WOMEN TO BE ENLISTED INTO RSLAF

For the first time in almost 40 years, the Republic of Sierra Leone Armed Forces (RSLAF) with support from the Government of Sierra Leone and the International Security and Advisory Team (ISAT) will be undertaking a special recruitment of women across the country. The first-ever all-female recruitment was conducted in 1978 and 1979 when a total of 74 females were enlisted into RSLAF. Initially, 10 females were enlisted as CADETS in 1978 and 64 enlisted as RECRUITS in 1979.

For the up-coming all-female recruitment, a total of 300 females will be recruited from all the Regions, Districts and Chiefdoms across the country. As an eminent female personality of Sierra Leone, the First Lady, Fatima Bio will launch this recruitment drive.

The launching ceremony of the recruitment is scheduled to take place at 10:00 am on Saturday, 15 December 2018 at the Aberdeen Roundabout near the Aberdeen Police Station. This ceremony will also take place alongside the launching of the girl-child protection initiative of the First Lady of Sierra Leone – the “Hands off Our Girls” project.

The Head of the RSLAF National Recruitment Team, Brigadier General Peter Lavahun (who is the Assistant Chief of Defence Staff Personnel and Military Secretary) says the special female recruitment drive is intended to raise RSLAF profile 10:00 am gender mainstreaming. “We are making assiduous efforts to resume active Peace Support Operations. Currently, the UN policy on Peace Support Operations emphasizes 15% of female participation in every peacekeeping we have to meet this standard”, Brigadier Lavahun emphasized.

After the launching ceremony over the weekend, details of the recruitment process will be disseminated through various communication channels including our website at www.mod.gov.sl.
@MOD