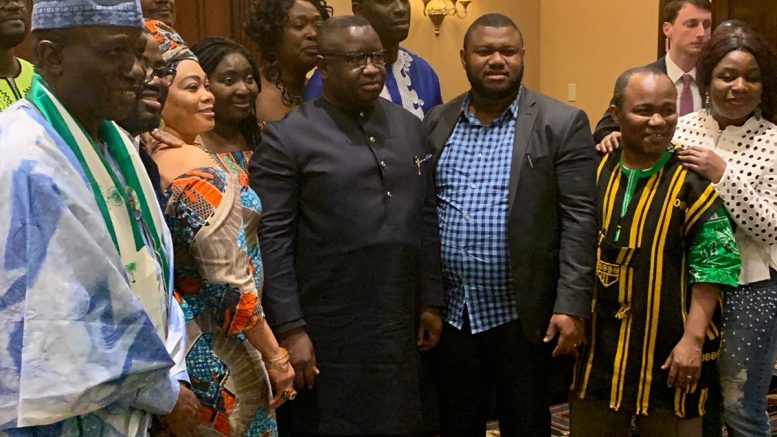 Inaugurations, in SLPPNA are not constitutional events, but are always looked forward to as the first point of any new Regional Executive fundraising event in the Region. Fundraising is the main agenda of any incoming executive; as one of the aims and objectives of the SLPPNA is to raise funds, stipulated in the regional constitution and part of all current and past executive manifestos.

Texas, Houston, USA, under the leadership of Madam Alice Ngobeh, will be host to the Region as part of the fundraising agenda for the SLPPNA, on April 13th, 2019 at Dee’s Royal Palace Banquet and Event Center, 11939 Bissonnet Road, Houston, Texas 77099, between the hours of 8pm and 4am Houston Time.

Distinguished partisans from the SLPP Party Hierarchy and government officials are expected to attend the inauguration in pageantry and pomp, having tête-à-tête, with members of the SLPPNA, families and friends. And of course tantalizing music and palatable foods and drinks.

So, to Houston we must go! But remember to have your pockets full of Dollars.