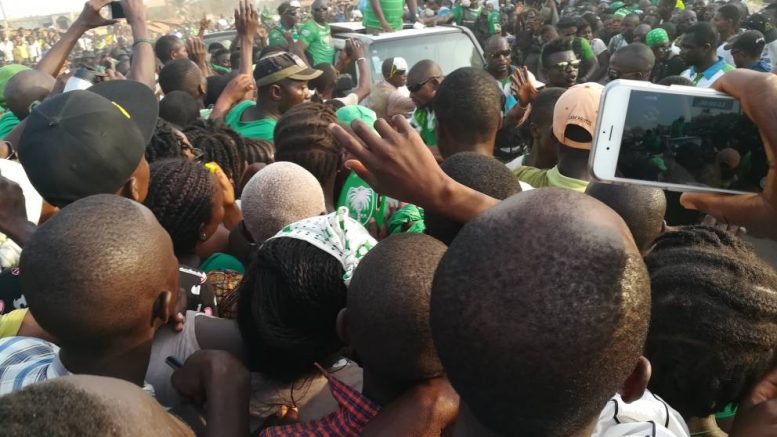 SIERRA LEONE: THE AGONY OF A PEOPLE – LET’S GIVE A DAMN 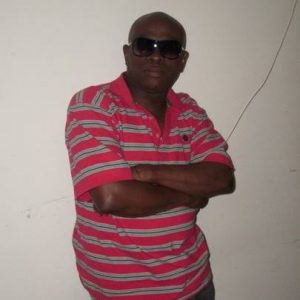 For all its elegance, gracefulness and pomp, politics may be the single most physically, psychologically and emotionally demanding activity, in the everyday conduct of human affairs. Indeed, it requires a remarkable burst of attention, honesty, dedication, discipline, performance, functional simplicity, virtue, and virtu, that we hardly ever see in other aspects of human endeavors, such as in Law, in Medicine, in Engineering, in Business, or, even, in Education.

Therefore, in general, as well as in particular, politicians are, and, should be, servants and not masters of the people. It is a universal political ethic that, to this day, remains immutable – NATIN NOR DAE CHANGE AM. But, this is not what we want to change.

We need to change the Regime, and because of this, WE MUST GIVE A DAMN!

Arguably, political developments in present-day Sierra Leone, however, indicate that the country is more democratic today than it had ever been. Even so, I give no credit to the government for this.

The APC government is undemocratic in the extreme! Credit and much of it goes to the people, particularly, the youth and the generality of the population, among who, there is a rising tide in the level of consciousness.

We can no longer dissemble he frustration and rage produced by this rising level of consciousness. It is real. And, because of this reality, which stares our people in the face every day under the Sun, WE MUST GIVE A DAMN!

And, at this stage in the country’s political life, it is not too much to say – not even an exaggeration – that the election of APC’s Ernest Bai Koroma in 2007, as President of  Sierra Leone, placed that country in the forefront of sobering exemplars of failed States in the sub Region, West of the Sahara.

In the ten years, this APC government has been at the helm; the country has been mired in leadership crises, with no end in sight.

Regime Change, therefore, is not only essential, but it is also imminent and pretty much immanent in the souls of the suffering masses of Sierra Leone. And, whatever may be anyone’s understanding of politics, or whatever good there may be in it for the people, the generality of those who call the small West African country of SIERRA LEONE, HOME, are hopelessly shortchanged.

And, because of this, for our politics and our politicians, WE MUST GIVE A DAMN!

It is, in fact, no secret that the Nation’s agony is brought on by the failure of political leadership. Here we have the APC, that has ruled the country since 2007. But this is a party with a Communist foundation and bent, to say nothing about its Modus Operandi (MO).

It is a party, so wedded to deception, that it cannot keep from remaining faithful to the lies being told by its leader; it cannot argue with its leader, even in the face of dishonesty and treacherous abuse of power.

As the entire country clamours for change, this party is all over the country, defending a suffocating and life-denying status quo it presided over for ten years.

Besides, it’s a party that has distilled its only weapon, violence, and intimidation, to its chillingly terrifying essence and, continues, without shame, to deploy it against the oppositions as I write.

At this time, WE, VE GOT TO GIVE A DAMN!

And, today, the country stands at a crossroads, with her destiny in the balance, thanks to the APC. The Presidential elections slated for March 7th, 2018, ended up in a Run-Off, a clear message from the people that the APC’s presence on the country’s political stage has become undesirable and obsolete.

But, still, with a real malevolent lack of any decent political will, or, even, respect for the people, this government, having convinced itself that political power is personal, continues to misjudge the current political temperature in the country.

And, coming now, to the realization that political power is not personal, the people must GIVE A DAMN!

SOLUTION: OPERATION “TOWO” (The Only Way Out)

As of March 7th, 2018, Sierra Leoneans as a people, collectively through the ballot, not the bullet, registered their disgust with the APC Government of His Excellency Dr. Ernest Bai Koroma. In not many words, they told him, in terms as certain as daylight, that the SLPP is the Way, while the APC is in the Way!

Indeed, the APC is in the Way; it is not a problem; it is a problem!

But any problem that does not have a solution ceases to be a problem. It becomes a CURSE.

The APC, in this regard, is not a curse, but a problem and the solution is right there with the people. For this government, all its cant about good governance, democracy, and development, now sound like the meaningless ring of a hollow drum, with the odor of slow death.

It has to go! And, for this to happen, We as a people, MUST GIVE a DAMN!

It is not too much to say that Sierra Leone has come too far on the road to democracy, especially with the emergence, function, and performance of new political parties, among which are, the National Grand Coalition (NGC), Coalition For Change (C4C) and Alliance Democratic Party (ADP).

These parties, should they throw their votes in the Run-Off, for the SLPP, represent a formidable force in the effort to get rid of this 800lb Gorilla (APC), that rests comfortably on the backs of the people, bleeding them dry. These are the parties that articulate the sentiments of the people.

At this moment, it takes a tremendous effort of political will, altruism, an absolute surrender of the personality cult and a total abandonment of any sense of ego for these parties to talk to their supporters to vote SLPP, to re-echo the voice of the People that sounded on March 7th, remember that, they each, has what it takes to rule Sierra Leone, to promote democracy and to ventilate the Fears of the People and dry their Tears.

Given then, that the destiny of our nation is at stake, WE MUST GIVE A DAMN.

I want to round up, my countrymen and women, that in all of this, there is a political CONSTANT, not by any means dynamic, which has not factored in formulating the political philosophy of the newly formed parties such the NGC, the C4C and the ADP, all now angling and gearing up to send the APC party and government packing.

And, even with the desperate clamour for change, this CONSTANT is classic and immutable. It is a constant that we all know of and cannot deny, for, to deny it is pure insanity.

Here is the CONSTANT: In the context of African politics, since Independence, show me  a political party, from Cairo in Egypt, down South, through the Sahara, into Cape Town, South Africa, and from Darkar in Senegal, across the Sahara into Dar Es Salaam in Tanzania, where a political party was formed this year, and gone on to win presidential elections next year! It is just not possible because, parties must be formed, market themselves, identify themselves with the people and their problems and take on the government that has caused these problems.

In Sierra Leone, this is not the case.

The SLPP functioned as a political party for ten years before it ascended to power, while the APC waited in opposition for eight years before it assumed power. And, this is the originality of the strength these parties have had that today establishes them as the major parties, in the trajectory of our politics – yes Sierra Leone politics.

And with this, it is my humble appeal to the NGC, the C4C, the ADP and all other parties to rally behind the SLPP and send this bandits and goons packing for good. And, if the SLPP founders, somewhere down the line, it will be time for the NGC, the C4C or the ADP to step in and take charge.

It is this beauty of the democracy which they are trying to build.