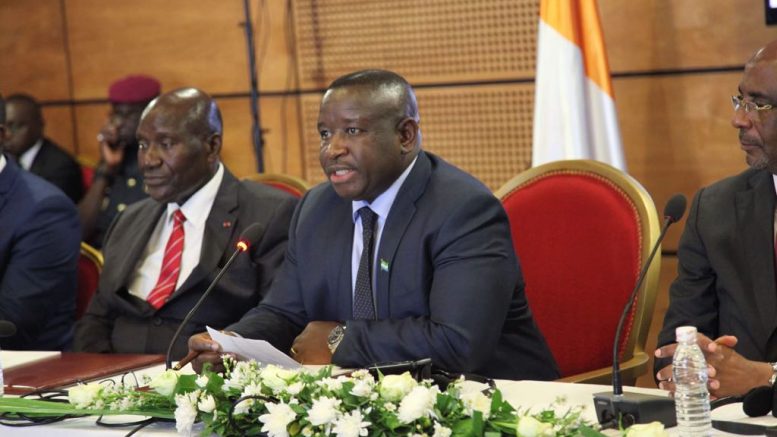 President Bio tells Business Leaders, we Must Break the Anglophone-Francophone Barriers For Trade and Investment.

I want to make this open invitation to all of you to come and invest in Sierra Leone to expand our private sector. There are great opportunities for us to strengthening economic cooperation – President Bio

His Excellency President Julius Maada Bio has said that we must break the Anglophone-Francophone barriers to facilitate trade and investment in the sub-region. 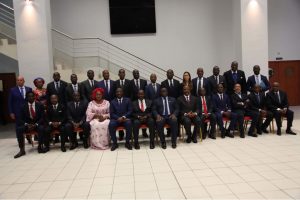 President Bio made this statement while addressing business leaders and members of the Ivorian private sector at an interactive meeting on Friday, May 4, 2018, at the headquarters of the Business General Confederation of Cote d’Ivoire (CGECI) in Abidjan.

Among the barriers, the President mentioned for removal, is the language barrier.

President Bio reflected that it was during his engagements with the Ivorian Government for the peace consolidation in 1996 that encouraged him to learn French.

Bio stated that while he appreciated the then translator, he made a promise to himself that he would learn French.  He expressed his admiration for the efforts of the Ivorian Government to teach English language in schools.

His Excellency stated that his new Government would also intensify the learning of French from Primary to Secondary Schools.

President Bio praised the members of the Business General Confederation of Cote d’Ivoire for their impressive performance in the private sector which has led to the growth of the Ivorian economy.

Bio stated that one of the objectives for meeting the business leaders was to learn from them how to create a vibrant private sector.

His Excellency told the business leaders that as a new Government, his strategic priority is to diversify the Sierra Leone economy through agronomics, fish farming, tourism and marine resources. “I want to make this open invitation to all of you to come and invest in Sierra Leone to expand our private sector. There are great opportunities for us to strengthening economic cooperation,” President Bio stated.

Also in attendance at the meeting was the Vice President of the Republic of Cote d’Ivoire, His Excellency Daniel Kablan Duncan who welcomed President Bio and explained about his Government’s structural reforms that have created the conducive environment for the private sector.