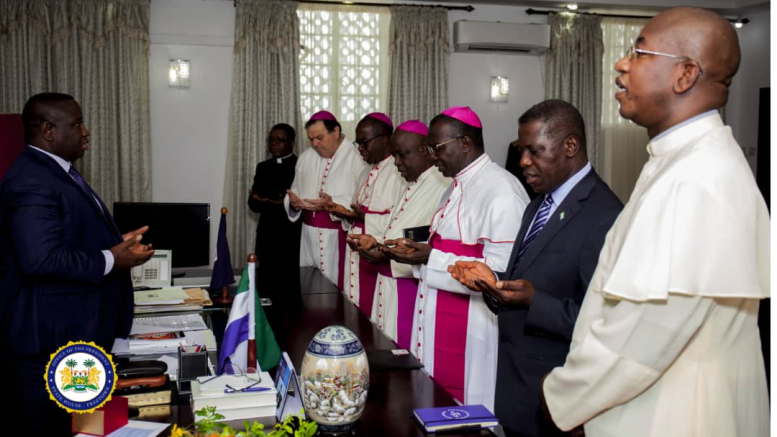 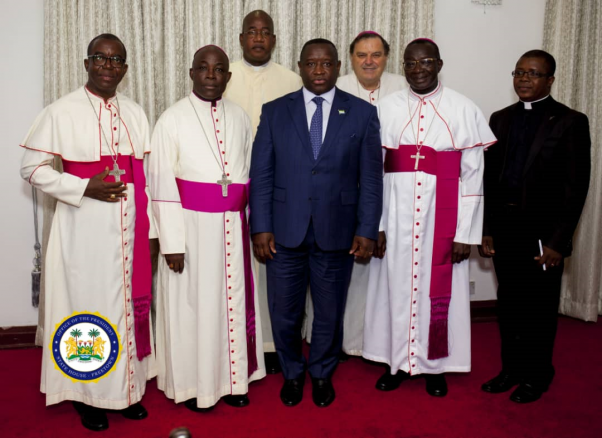 President of the Catholic Bishop Council, Bishop Charles Campbell, said that in the past few months, they had followed efforts being made by the government to embark on the development and social progress for the benefit of citizens.

“Our Holy Father Pope Francis has said that corruption infects the world like cancer and that the church must combat it by working with society. There is always the possibility that those who seek to fight corruption will be undermined, misunderstood or even be misinterpreted. It is our wish that the scourge of corruption and its attendant practices will be faced with vigilant truth and justice.

“We pray that you may exercise your office to pursue the common good, especially in the care for the most vulnerable in society. We encourage you, sir, to uphold the values of the Gospel and bring the social teachings of the Church in the execution of your duties. For our part as religious leaders, we will continue to offer prayers for you, your government and the people of Sierra Leone,” said Fr. Campbell.

The clergyman also added that as a church their greatest concern was the need for moral and ethical considerations in governance, stating that collectively everyone should come on board to build a country based on democratic values, justice, and fundamental rights.

On his part, President Bio thanked the priests for visiting. He said on countless occasions he had made clear his government’s commitment to fighting corruption, calling it a destructive element in society that should not be encouraged. He noted that the scourge was choking the development process of the country, the reason his administration had declared corruption as a national security threat. He mentioned that with the priority his government had placed on fighting corruption, the country was raising more resources than any other time since independence.

“My administration will pursue the fight against corruption because we know it is in the best interest of the nation. I know those who got enriched through corruption will fight back, but we will pursue it because we have to cater for the less privileged in society. Within this short period, we have raised more resources and closed the expenditure gap. We want to make sure we serve society. When I took the challenge to fight corruption I knew it was not an easy task, but with the collective support we will combat it,” he ended.