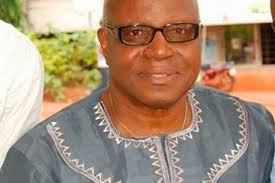 Why proffer an idea of governance different from what is extant in Sierra Leone to handle and implement a national reconciliation and reconstruction agenda?

The number 45 evokes a lot of memory and reflection. In one of my graduate classes during my student days at the University of Chicago, there was a know-it-all student who annoyed everyone. He would offer to answer questions when he was not even asked by the professor. The professor got so fed up with him during a class session that he told him to stop behaving like a man who discovered sex at age 45! It was a hilarious and never-to-be-forgotten expression. At age forty-five, I had to make a major career decision having been faced with some tempting and not so tempting options. So as we celebrate today, our forty-fifth independence anniversary as a nation, the number “45” has triggered yet another impulse. I ask myself: Could we afford to continue with the governance model we have at present as a post-conflict state with an imperative for national reconciliation and reconstruction?   Should we hold elections in 2007 under the extant model without a national dialogue on where we want to take our nation and through what means? Do we as Sierra Leoneans have a shared national vision post-2002 when we declared the war over, and faced with the imperative of national reconciliation and reconstruction? Are we really serious about what it means to rebuild a nation after it had been ravaged for forty-five years by crooks and bandits culminating with a vicious war carried out by very sick people who perpetrated atrocities unknown in the annals of our history as a people?  Do we really believe that a single political party in our country or a single leader has what it takes to bring about national reconciliation and reconstruction following ten years of a gruesome war and collective forty-five years of toil and suffering?   To all of the questions above, I answer, “I think not.”

Why proffer an idea of governance different from what is extant in Sierra Leone to handle and implement a national reconciliation and reconstruction agenda? I argue basically that as a nation we failed to take a significant step after we declared the war ended: We never convened as a nation to ask ourselves about what vision we have for our nation and where we wanted to go, and through what means. Instead, we hastily engaged in “party politics” and by its nature, in divisive and vitriolic verbiage and actions, antithetical to what it takes to promote and achieve national reconciliation and reconstruction after a gruesome war.

Not a single political party on its own, or one leader can provide all what it takes to rebuild a nation as badly fractured and wickedly ravaged and raped as Sierra Leone is today. It will be a disservice, however, not to give credit to the present administration [SLPP] for keeping the guns quiet and largely out of the hands of former combatants. Sierra Leone is a national entity under a government. It is indeed a major success. But, as the musicians remind us, speaking on behalf of the nation, “man den nor gladi” and in chilling tone, “man den no wan “recall;” and “di system de nomah..;” They lament rampant corruption and the condition described by them — “ [way] poo man sick  na berrin.” They have even asked politicians to stop bothering them with their “campaign” for 2007, based on the same model used in 2002.  Name-calling and the invocation of wrath characterize the lyrics that we hear the world over. We are moving along the same path as we approach 2007: political parties vying to “rule,” with vilification and objectification strategies as the driving forces. We are witnessing a wicked “personalities” campaign at the expense of getting together as a nation and fashioning a nationally shared vision through a national dialogue, in order to arrive at concrete plans of actions with issues that need to be addressed.

My idea is basically this: I appeal for a halt to all party politics in Sierra Leone for the next ten years, and call for a national dialogue on national reconciliation and reconstruction grounded in a shared vision for the next ten years. Criteria for participation in the dialogue would have to be crafted by a working group, representing a broad spectrum of interests in the country. This appeal is predicated on the belief that every Sierra Leonean has an opportunity to work collectively for the achievement of national reconciliation and reconstruction. As it stands currently, we have in place already, those disaffected during “conventions” and would therefore not be in positions to positively and constructively contribute, given their level of experience, expertise and national commitment. There are other competent and dedicated people with integrity at home and abroad who have simply stayed away from governance issues. What the process that has taken place in our nation since August 2005 till the present has achieved is divisiveness, alienation, cynicism, and zeal to fight for individual and/or party power – all of which are not conducive for national reconciliation and reconstruction.

The observation above is not one discerned only in Sierra Leone. Take a cursory look at conflict/post-conflict states in Eastern Europe and elsewhere where such societies opted for party politics and elections as a means of bringing about national reconciliation. What obtain are massive division, confusion, instability and overall hardship for ordinary citizens. Even in countries such as Israel where “elections” were held recently, they have to end up with the formation of a so-called government of national unity. What baffles me is why go through an expensive, vitriolic and divisive exercise in the form of electioneering campaigns and subsequent elections, only to arrive at getting the different parties to form coalitions in order to have a government in place? Could the same result not have been achieved by a national dialogue that would involve all competent to lead and in fact with discernible integrity to fashion a governing body?

The idea I proffer would guarantee the protection of all civil liberties, and open to participation by all. The protection of civil liberties and free speech would be THE primary warrants. There should be no fear for free expression if there is a nationally shared vision that all stakeholders buy into during the national dialogue, and are willing to jealously guard and protect it from subversion. Indeed only free speech will guarantee the protection of what the nationally shared vision entails and how mechanisms are devised for its implementation. Without a guarantee for the protection of civil liberties, free speech will be sabotaged, and watchdog functions by various groups who share the vision and are committed to its achievement would be thwarted. This idea would perforce call for a different set of governing instrument, necessitating a replacement of the extant instrument, namely the constitution.

The idea calls for the harnessing of all our intellectual and other energies (artistic etc.) around a national table to place our nation at the center, and focus our attention on its amelioration through national reconciliation and reconstruction. The idea as such calls for a halt at least for the next ten years to all party politics and the setting up of a plural leadership structure, grounded in the belief that no single political party or “leader” is capable of achieving national reconciliation and reconstruction in the short-run (ten years) 2007-2017—a post-conflict phase. Furthermore, a national dialogue with the aim given fashioning a governing body for ten years with built-in monitoring, accountable and transparency mechanisms would not only identify priorities and resources to achieve them but would have benchmarks that have to be satisfied with a clearly articulated and reasonable timeline. I am fully convinced that such a national dialogue would bring about a clear and shared vision as to how Sierra Leone could position itself in the global economy by identifying products that would be its signature contribution to the development of the region, the continent and the global economy, leading to a self-sustaining economy and an improved quality of life for all citizens. As it stands, we have no such vision and have not identified any finished product(s) that would distinguish us among nations in the region and indeed the world.

In conclusion, what is articulated above is an IDEA: Halt party politics and electioneering campaigns for ten years; initiate and convene a national dialogue with the objective of fashioning a nationally shared vision for a post-conflict state in need of national reconciliation and reconstruction, with concomitant identification of national priorities and resource generation for implementation; think in terms of a plural leadership structure rather than a one-man leader, single party “majority” and an “official opposition party or parties” model; harness all intellectual and other energies (artistic etc.) around a national table and formulate criteria for leadership and service to the nation; aim to convene the national dialogue no later than March, 2007 for a month-long duration. Every Sierra Leonean has a role to play in the reconstruction of our nation.

The details required for such an idea to be fully fashioned could only be determined through reasoned and civil discourse. Those interested in the idea are encouraged to contact me directly or engage in public discussion on the idea if interested. I am open to discussing suggestions, contrary views, and the extant model, and of most significance, where and how we wish to see our motherland in 2017. I wish our dear motherland a happy and peaceful forty-fifth anniversary with optimism for commitment to, and love of nation to be over and above love of self and “political party.” God bless our beloved country!