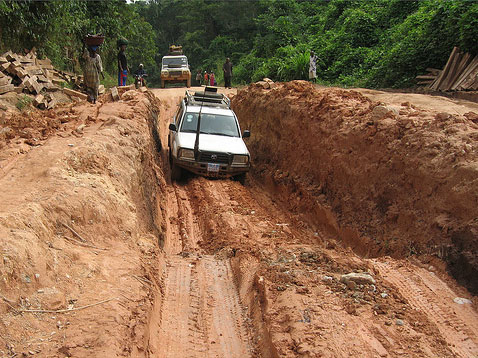 One of Sierra Leone’s long-standing challenges is the deplorable state of the country’s road infrastructure. Successive governments have struggled to address this pressing need with mixed results.  Movement across the country, especially during the rainy season becomes treacherous. As motorists risk their vehicles and motorbikes to navigate these roads, it comes with immense costs resulting from needed repair and maintenance of their vehicles.  These costs are in turn passed on to their passengers by way of increase in fare. This results in a fall in supply and increase in prices of basic commodities needed in remote parts of the country. In medical emergencies, getting to lifesaving care in time merely becomes a matter of luck.

Road construction has been promoted as a flagship infrastructural development project for the current government. And evidently, the administration has, over the years embarked on the construction of many roads across the country, and in cities and towns, including Freetown and several district headquarter towns. While this development has been promoted as a pride and success story by proponents and supporters of the current administration, others have questioned the extent to which the road construction have been regionally balanced as well as the cost effectiveness of the underlying projects. To help inform this debate, MambaTV embarked on a road tour across the country. The purpose of our road tour is to determine the current state of major district headquarter and border connecting roads in the country.

Our ireporters took over one 2,000 pictures and over 500 video clips of key areas of the roads.  They also interviewed a number of motorists and ordinary citizens they came across. We then analyzed the results of data collected for the roads toured, including the number of miles paved and unpaved, the distribution of paved roads by district and region, and the percentage of paved roads in each region, and in select cases analyzed information substantiating the current state of ongoing or approved road construction projects.

This tour and analysis do not cover the state of roads in Freetown City, other towns in the Western Rural areas, and district headquarter towns. Also, we did not perform any procedures that would allow us to report on the cost effectiveness of the road construction projects at this time. In subsequent engagements, we intend to determine the state of roads in the cities and major towns, as well as attempt to determine cost of some of the road projects. Also worth noting is the fact that the procedures we performed were not intended to established which roads were constructed by which regime or government. The table below documents the roads we covered and destinations, including information about the region, number of miles paved and unpaved.

As depicted in the table attached below, the road tour took our ireporters across the country through 27 legs, and traveling over 1,160 miles, beginning in Freetown and connecting all major roads in the north, south, and east; visiting each of the twelve district headquarter towns and major towns in-between, including roads leading to border crossing points with Guinea and Liberia. Of the 1, 168-mile tour, our ireporters travelled 380 miles in the north, 187 miles in the south, 257 miles in the east, and 344 miles which connect the three respective regions and the western area. Since we could not establish with certainty the boundaries between the regions on these regional connecting roads, we are unable to assign the number of miles to each region. Accordingly, we included them in the regional connecting roads. These regional connecting roads include Mile 91 to Bo, Bo to Kenema, Bo to Matotoka (via Yele), Kenema to Zimmi Makpele, and Koidu to Matotoka, and Masiaka to Freetown.

While the percentage of major paved roads country-wide is impressive, the statistics above shows that more roads are paved in the northern region as compared to the south and east. The southern region has the least percentage of paved roads. Most of the unpaved roads noted, especially a number those identified in the south and east of the country of the country are extremely treacherous, with a number them not accessible by vehicles and even motor bikes at the time of the visits by our ireporters.

During our tour, we also discovered a couple of instances where, based on signboards, a number of road projects which had been fully funded contracted out lay abandoned. A notable one is the 32-kilometer road between Koidu and Gandorhun, that lies on the road between Koidu and Kailahun road, in eastern Sierra Leone which had been funded by the International Fund for Agricultural Development (IFAD), and contracted out to a contractor named Nehban Construction and General Services, under the supervision of the Sierra Leone Road Transport Authority (SLRA). According to the signboard, the construction was to start in December 2015, and expected to be completed in June 2016. The road lay abandoned as of the visit of our ireporters two weeks ago.

Another notable one is the 15-6-mile road between Bonumbu to Koilugieya, that lies on the road between Koidu and Kailahun road, also in eastern Sierra Leone which had been funded by the International Fund for Agricultural Development (IFAD), and contracted out to a contractor named Isabrim Enterprises, under the supervision of the Sierra Leone Road Transport Authority (SLRA). This road too has been abandoned as of the time of the visit of our ireporters in two weeks ago. We will bring you specific video documentary of both instances when we broadcast the state of roads in the eastern part of the country.

Due to the volume of data collected, MambaTV will be covering in details evidence (pictures and videos) substantiating our tour and conclusions reached in the above during a number of broadcasts scheduled beginning Saturday, October 22, 2016. We will take you through the journey with us as our ireporters travel the 27-leg journey across Sierra Leone. Please join me in thanking our ireporters for such a marvelous job in collecting data that informs the analysis and conclusions reached in this piece and in our subsequent broadcasts on this topic.