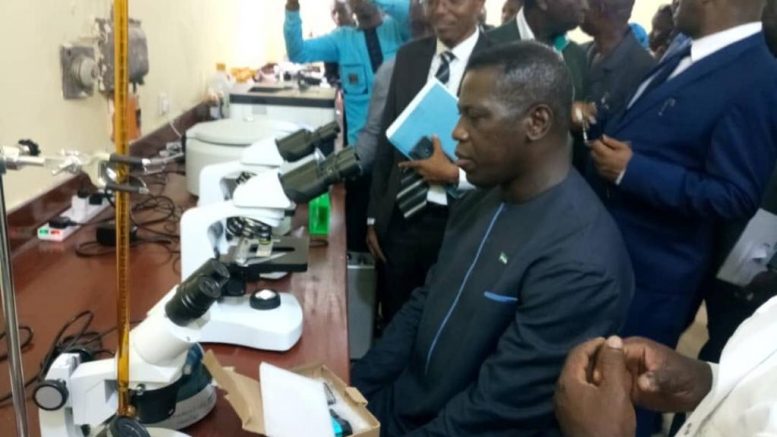 Speaking on behalf of the president, the Chief Minister thanked the College administration especially the new Principal for the overwhelming developmental drive he has undertaken, ranging from renovation of college facilities to students and staff welfare in order to transform the college. He said the Government was happy and do appreciated his effort.

He informed the gathering that the President’s passion to develop the human capital was Manifested in the declaration of the free quality education. Stating that the ministry of higher education is working tremendously to create more institutions that will accommodate the high number of post secondary students that may want to gain tertiary education. “This is the more reason why we are bent on increasing the number of universities across the country. We already have finalised the Kono and Bonthe universities, Kenema is next and Milton Margai will also benefit form this opportunity” he stated.

He asked everybody present to Support the Government and forget about the issue of tribalism, regionalism and politics. He said we can only develop as a nation if we unite to work as citizens and not politicians. “If we are together as citizens and united, our politicians will not cheat us. Basic necessities are our rights and therefore if we do not get them,, we should blame the government of the day. But we need to support the Government to succeed for our own good as citizens” he stated.

The Occasion was witnessed by the Chairman of the Sierra Leone People’s Party Dr. Alex Prince Harding, Minister of Basic and Senior Secondary Education, Alpha O Timbo, Deputy Minister of Technical and Higher Education, Turad Sensei and a host of Students of Milton Margai college.