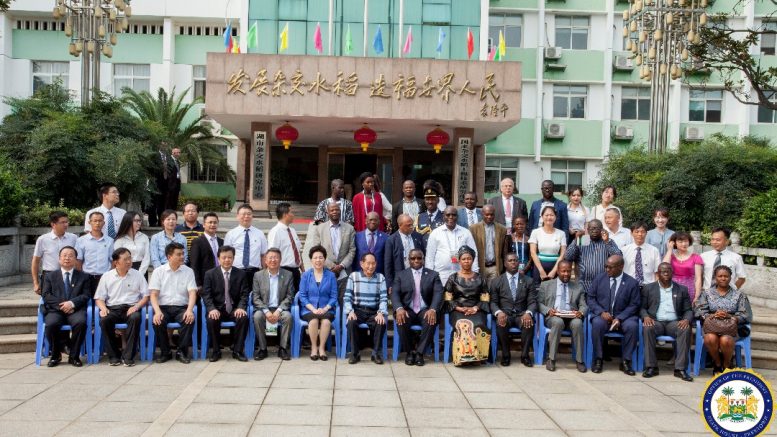 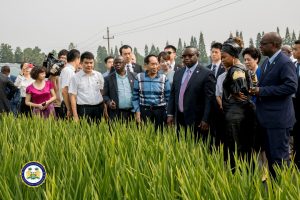 Welcoming President Bio and delegation the “Father of Hybrid Rice” and principal scientist, Professor Yuan Longping, said that the centre and staff were very privilege to host the President of the Republic of Sierra Leone. Professor Longping said that the centre was established in 1995 and it is the first research institute specialized in hybrid rice development both at home and abroad.

President Bio and his team were also told that since Professor Yuan Longping proposed the technical route for super hybrid rice breeding which is combining ideal plant type with inter-subspecific hetorosis in 1997, the centre has made significant progress in super hybrid rice research and the yield targets of 10.5, 12.0, 13.5 and 15.0 t/hm for Phase I, Phase II, Phase III and Phase IV of Chinese super rice breeding.

Also Professor Yuan Longping proposed the new plant type model for super hybrid rice breeding in 2012 and developed super hybrid rice variety “super 1000” which reached 16 t/hm in 2015, 17 t/hm in 2017 and now striding towards the target of 18 t/hm. Professor Yuan Longping said that currently, in order to thoroughly implement food security strategy of storing grains in land and technology, the centre actively explores new rice breeding technology which is green, organic and safe. Longping assured the President that it will be a pleasure to help Sierra Leone achieve food security as much as he can.

Responding, President Bio thanked the centre for the warm reception accorded him and his team. He said that because of series of challenges Sierra Leone has not been able to feed itself and importing at least US$200 million of rice every year. President Bio said that his visit to the centre was to learn about the great work they do on rice production and to see how Sierra Leone can benefit from that. “I want to be able to provide an opportunity to feed the nation,” President Bio said. 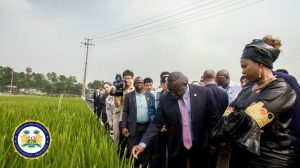 President Bio also appealed to the Centre that he would like to see students from Sierra Leone giving an opportunity to study at the centre. With Professor Yuan Longping about 90 years, President Bio said that if he had the chance he would like to take Longping to Sierra Leone to be able to see how we can improve on agriculture cultivation. Because of his age, Professor Longping said that he will send his team of experts to Sierra Leone.

Later, President Bio and team were taken to the Super Hybrid Rice Experimental Field of the Research Centre where the President and Team were briefed on the ongoing rice experiment.