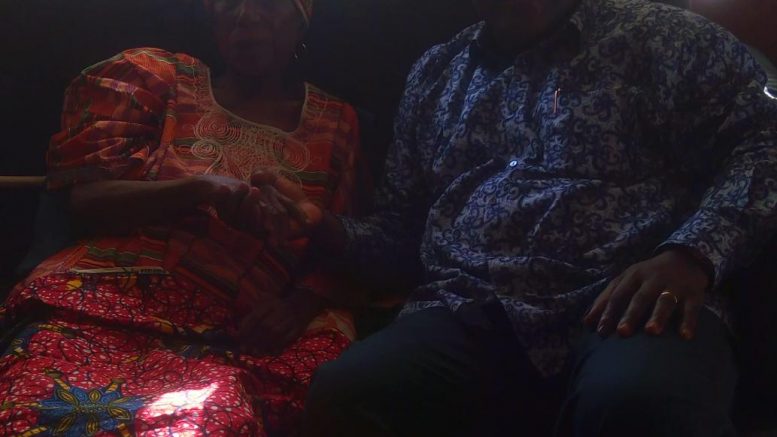 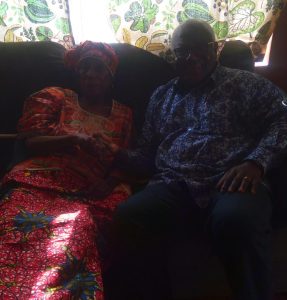 Today residents of Juba Hill were shocked to see President Koroma paying a visit to Dr. Yumkella’s mother in a bid to convince the old woman to get her son, Yumkella, to endorse another old man, Samura Kamara, who happens to be Koroma’s puppet.

I can confirm that Mammy Haja told Koroma that her son is a grown-up who can take decisions on his own without being influenced and therefore turned down Koroma’s request to convince her son. The old woman, however, thanked the power-thirsty president for paying her the unannounced visit.

Mr. President forgot that before the elections he and his party men declared Dr. Yumkella as a stateless man and chased him out in court for the NGC strong man to be disqualified from running.

The matter is still pending in the Supreme Court.

The public could recall that Koroma had single-handedly handpicked the 75 years old weak Samura as the APC’s standard-bearer amidst widespread criticisms and disenchantment within the APC Party but Koroma had to threaten his party men that he still has the military on his side and that anyone who thought he was popular and dissatisfied with his unilateral decision should go and form his own political party.

ERNEST KOROMA SNUBBED BY KANDEH YUMKELLA AT HIS MOTHER’S RESIDENCE

Shameless Ernest Koroma was on Sunday snubbed by the Presidential Candidate of the National Grand Coalition, Dr. Kandeh Yumkella during a visit to Haja Binta Yumkella, mother of Kandeh Yumkella.

Before the visit, Ernest Koroma made several attempts to speak to Kandeh Yumkella on the phone but his calls were rejected five times on Sunday morning. A source closed to Dr Kandeh Yumkella stated while Ernest Koroma’s calls were coming in, Dr Yumkella told his advisers sitting with him “President Koroma is a dishonest man and I have nothing to do with him. He has destroyed this country with tribalism, violence, political intimidation and suppression. I cannot associate myself with him and his APC.”