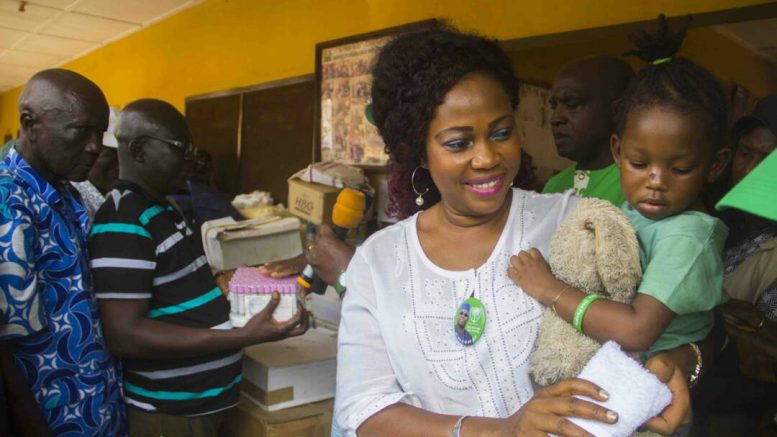 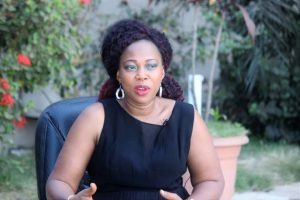 Fatima Bio, the wife of Julius Maada Bio, Sierra Leone Peoples Party presidential hopeful for the 2018 elections, has said in Freetown, that in the 2012 National elections, her husband, through the National Executive Committee (NEC) of SLPP, appointed a woman as a presidential running mate.

The appointment of Dr. Kadie Sesay as the 2012 Running Mate, “further strengthen my husband’s commitment to empowering women,” Fatima noted.

“On that note,” Fatima said, “I would like to make a national call to fellow Sierra Leoneans to increase women’s participation in politics.”

Fatima revealed that regarding women’s participation in the political process, the new direction government should consider three vital points.

“First we will examine the form and level of representation in the organs of government, including the legislature, executive, civil service, state-owned enterprises and government agencies.

Second, we will look at the existence and autonomy of women’s organizations that can push the frontiers of women’s demands in the political and social arena.

And third, we will enhance the performance of those organizations in the empowerment of women in the social, economic and political processes of society”.

Fatima said their focus would be on restoring the confidence in women to tackle gender inequality to face the competitive social, political and economic challenges in society through education and empowerment. She pointed to her husband’s policy on Women’s Empowerment wherein special privileges are given to women of Sierra Leone, including Free Education for women pursuing science, engineering and medical disciplines in the university.

Economic Empowerment through a women’s development fund to support the female entrepreneurs and promoting women in agriculture.

Fatima promised that her husband would review and enforce existing gender laws in Sierra Leone. She also emphasized the need to implement the 30% quota for women in elective and appointed positions.

What are Fatima’s plans to overcome some of the current challenges that women and children face in Sierra Leone?

The First Lady in waiting noted that their government would promote and popularise major international treaties on the promotion and protection of the rights of women and girls in Sierra Leone.

Key among those will be to support the implementation of existing policies and legislation, like the Child Right Acts, The Registration of customary marriage and divorce act 2009.

The Sierra Leone Child Right Act of 2007, The Sexual offenses act of 2012 and other legislative and policy options.

Fatima said they would also work with other agencies that seek to promote and protect the interest of and welfare children as well as women in society.