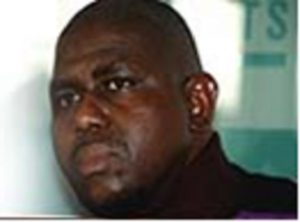 I am quite impressed by the holistic human rights approach of the SLPP NEW DIRECTION SOCIAL DEMOCRACY vision in promoting and guaranteeing ‘political, social, economic and cultural rights of all Sierra Leoneans through entitlement and access to the necessities of life’ (section 1.2, political ideology).

The First Generation Rights are civil rights.  They include the right to life, personal liberty, security and integrity and fair trial; as well such political rights and freedoms as the right to vote and be voted for, the right to participate in the conduct of public affairs, freedom of association, religion, and expression.

I promise a New Direction for Sierra Leone as a united, peaceful, progressive, dynamic, confident, enterprising and happy nation where the people have unlimited access to jobs, food, education and health services and where there is equal justice and equal opportunity for all. – Rtd. Brigadier Julius Maada Bio

I noted in my book ‘Human Rights Journalism (Shaw, 2012), the Twin Covenants.  These covenants include the right to equality and non-discrimination.  Among these are the rights of minorities, children, women, the aged, and people who are physically or mentally disadvantaged.

Most nations of the world, until the Vienna UN World Conference in 1993, did not recognize these rights that we refer to as Third Generation Rights, or Group Rights.

Maada Bio succinctly captures all the above rights in the NEW DIRECTION for Sierra Leone.

“I promise a New Direction for Sierra Leone as a united, peaceful, progressive, dynamic, confident, enterprising and happy nation where the people have unlimited access to jobs, food, education and health services and where there is equal justice and equal opportunity for all,” he states.

The NEW DIRECTION manifesto firmly commits to improving the macroeconomic climate of Sierra Leone by undertaking the very robust management of internal revenue generation through cutting down excessive tax exemption and under-invoicing, boost capacity among revenue collectors, reduce unnecessary bureaucracy and delays in clearing goods by setting up a one-stop shop.

The key priorities of the NEW DIRECTION macroeconomic transformation will include revenue mobilization.  The aim is to increase domestic revenue from 11.1 % of GDP to 20% of GDP within three years.

The overall goal is to improve revenue collection rather than imposing new taxation through the following implementations.

Public expenditure management will grow by reducing overseas travels for government officials except where necessary.

Reform the legal framework for accessing debt; exchange rate management by balancing our current account through the boosting of agricultural, manufacturing and value-added exports over imports of consumer goods

Sustaining competitive interest rates to attract foreign investment, and increase access to finance to promote the private sector (both informal and formal).

The plan by the SLPP NEW DIRECTION manifesto to introduce a one-stop shop for the clearing of goods and to improve revenue collection processes instead of imposing new taxation, among other things, would restore business confidence and stabilize the business climate in the country.

In line with SLPP’s NEW DIRECTION imbibed in the political ideology of social democracy and the democratic developmental model, I strongly support the plan in the manifesto.

One such plan is, separating the Department or Ministry of finance from that of Development, a departure from the model used by the current APC government where the two departments are put together in one ministry.

Looking at how the economy has stagnated under the presidency of Ernest Bai Koroma, this business model has failed woefully, and because of this, the timing of the SLPP social democracy and developmental model is spot on with the plan to separate the two departments or ministries.

It is an excellent idea to keep the finance and development departments separate.  The departments will still support each other would provide space for specialization and prioritization.

The outcome will be sound macroeconomic and microeconomic fiscal policies. These policies will be in partnership with international financial institutions such as the World Bank, the African Development Bank, and the International Monetary Fund on the one hand.  On the other hand, in the development department, it will be the finance department and pragmatic people-centered development policies and operations in partnership with development partners such as UN agencies.

Editor’s Note:  This article originally appeared in the Sierra Leone Global Times Newspaper Online edition Under the title, “A MANIFESTO OF THE PEOPLE’: MY REFLECTIONS ON THE ECONOMY!”  The writer, Dr. Ibrahim Seaga Shaw, is a Senior Lecturer in Media and Politics at the North Umbria University, Newcastle Upon Tyne, United Kingdom.  Click the following link to read the original article.

‘A MANIFESTO OF THE PEOPLE’: MY REFLECTIONS ON THE ECONOMY!