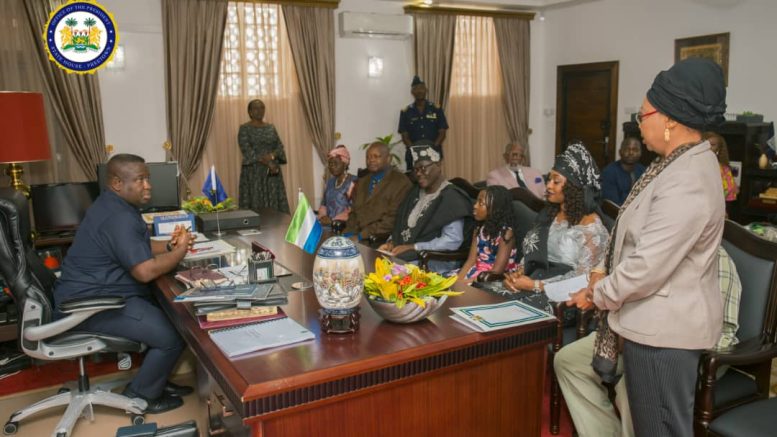 Dr. Solomon Christopher Momoh Gembeh expressed thanks and appreciation to the President for the appointment, which he said would touch many lives in his linage and the country. He disclosed that he would represent the country’s external relations in Nigeria and would look for credible environmentally friendly investors and most importantly support the Free Quality Education.

“I will represent the country well whilst in Nigeria. I will look for possible ways to help empower the youths of the country and the many challenges that they face,” he said.

He, however, assured President of his plans to work in the interest and for the good of the country in line with the New Direction agenda.

His Excellency President Julius Maada Bio congratulated Dr. Gembeh on his appointment and told him that he was carefully chosen to represent Sierra Leone in Nigeria because the two countries had enjoyed a good bilateral relationship for a long time. He promised the High Commissioner designate of his continued support to making sure he succeeded in his new assignment.

“As you go on your new assignment, I want you to know that you always have our support as a government. If there’s anything that you need just call on the Foreign Affairs Ministry and we will always be there to support,” President Bio assured.