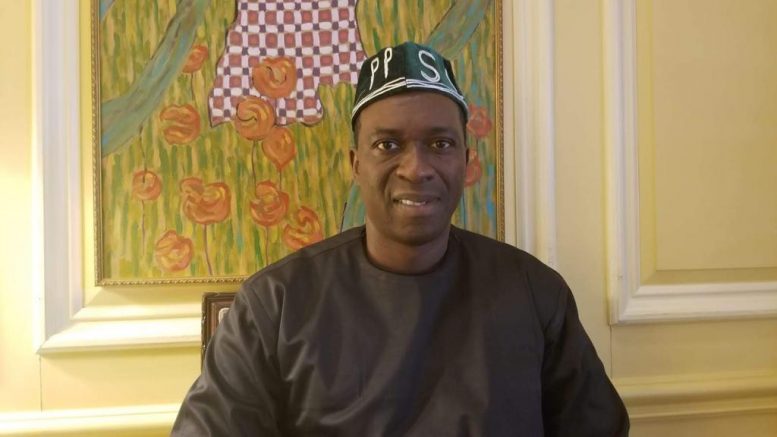 According to one Charles Sinnah from the Sierra Leone Peoples Party North America (SLPPNA), Arizona Chapter, “the [SLPPNA] Executive has to come up with something tangible against [Mohamed] Bah (SLPPNA Chairman) and his puppet, [Dr. Peter Karim] Sesay,” the SLPPNA Secretary-General.

Like so many mounting grievances against Bah, Sinnah’s frustration is not uncommon in the Region. The chorus of accusations that Sinnah echoes about Chairman Bah have become universal sentiments against the beleaguered leader.

Bah is accused of disrespecting the entire SLPP NA Region because he called a meeting where he spoke close to one hour. After speaking, Bah adjourned the meeting and left without allowing members to observe or say anything.

It was a hard pill for the Executive to swallow. With one voice, the Executive is now accusing Bah of taking them for a ride. “This is too much, Chairman Bah,” says one exasperated Executive member.

Regrets after regrets for allowing Bah to head the Region continue pouring in like gasoline-fueled flames.

“If my high school teacher could ask me to write an essay about a choice I regretted taking, it will be voting for Bah. So sad!!!” said Sinnah.

Sinnah is not alone. He seems to be echoing what most are saying about Bah. “He will come tomorrow and apologize to you guys as usual. [It] is an ongoing pattern of him since the inception of this Executive. We need to stand up and denounce him or disassociate ourselves from him on the general forum because everything will boil down to the Executive. Why should the Executive continue to take lashes from the General membership because of his ineptness? Let us stand up and wise up this time. [It’s] the golden opportunity we have at hand.”

Here is what happened from a quick update on the Regional Executive meeting with the General membership. Anxiety was building up, as members and Executives, Chapter chairs, announced themselves when they logged into the teleconference line.

The meeting started with prayers, after 9:34 PM EST. The Regional Chairman, Mr. Mohamed Bah, explained to the membership about a series of meetings held with the Chapter Chairs in the quest for a Party Conference Chairman (PCC).

The Chairman of the Chapter Chairs, Mr. Mohamed Bockarie, gave an update of the work that Chapter chairs are doing to find a PCC. No name was given, but Bockarie told the meeting that the date would be set aside for another session.

The previous night, more than half the Regional Delegates met and elected a PCC, Hawa ‘Akpaji” Kallon – the first woman to hold this unique Regional position.

The meeting was adjourned, with no questions from the general membership. This action made most of the members angry and continued talking in a chorus, with no one listening.

The Chapter Chairs and Regional Chairman are yet to accept Kallon’s election.

As one observer notes, the “military-style meeting executed by the Regional Chairman has left the Region in limbo….the search for a PCC continues…”

The former PCC, Dr. Stephen Manah, resigned in June 2020. We are now in September. Without an immediate resolution, which all indications show impossible, the SLPP National office might have to step in.

In a letter to the Regional Council of Elders dated September 7, 2020, the SLPP NA Regional Executive wrote to separate from what they call “the deliberate and unprofessional actions of the SLPPNA Regional Chairman.”

The Executive is using the letter to publicly apologize to the membership and invoke a grievance procedure against Chairman Bah. The Executive believes Chairman Bah manifested conduct that subverts the aims and objectives of the SLPPNA and SLPP.

Meanwhile, there are also subtle calls for impeachment, which may or may not gain steam. It all depends on how the Council of Elders handles the grievance procedure.

The COE has responded to the Regional Executive grievance letter. Writing on behalf of the committee, Chairman, Dominic Poawui, acknowledged receipt of the Executive Committee’s letter [about] the grievance against the Regional Chairman, Mr. Mohamed Bah. The COE is “fervently hoping their intervention will help resolve this issue at their earliest convenience.

Meanwhile, Chairman Poawui has also apprised Regional Chairman Bah of the grievance letter of complaint against him from some executive members. “We hope that, sooner than later, you will have the disposition to attend the meeting that we, the Councillors, intend to summon to resolve this issue without any fanfare,” the letter concludes.

Editors Note: Are you a member of SLPPNA and have something to say about the current state of the region? Have your say by leaving a comment for us.