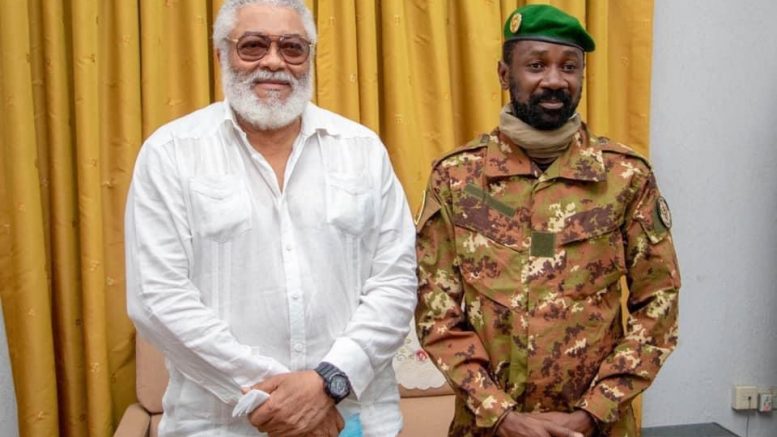 In managing the Malian upheaval, Colonel Asimi Goita and team can make a difference if they keenly follow the words of Africa’s finest Soldier ever, late Capt. Thomas Isidore Noel Sankara.

Sankara said, “A SOLDIER without any political or ideological training is a potential criminal.”

This salient quotation will be a strategic guide for Goita and the team during this transition and tactfully carving it a potentially positive outcome.

Indeed, Mali’s coup can be justified because of its prevailing situation, the eighth largest African Nation in real crisis for over a decade.

In any case, the military regime is illegal and considered “de facto” because it exhibits sovereignty attributes by usurpation ( sustaining leadership by the display of force generally).

Still, it could fulfill the theory of “necessary evil” nowadays and even in its past.

There are definitively gutwrenching factors that could provide opportunities for Military Intervention in politics, specifically in African Nations.

The great African thinker and Pan Africanist, President Kwame Nkrumah said, “Revolutions are brought about by men, and by men, who think as men of ACTION and act as men of THOUGHT.”

Action without thought is empty. Thought without action is blind.

The AU, ECOWAS, France, and the Political nonconformists, that is, power-hungry Malians should avoid pushing the Asimi-led intervention at a hasty pace to soothe their selfish interests.

Without addressing the root causes of the Malian upheaval by getting all factions to participate in the transition, either by force by volition, could potent future problems.

In that case, Mali will be a land contagion of Military Coups and civil unrest. The recipe that allowed the Asimi led intervention was the scanty transition after the 2012 coup by Capt. Amadou Sonogo Aya. The outcome left Aya and some of his men facing criminal charges that were orchestrated by politicians.

Col. Asimi and the team have to be determined and focused on bringing everlasting peace in Mali without fear.

There is no smoke without fire

Editors Note: The views expressed here are entirely that of the author and does not reflect the views of slpptoday.com.