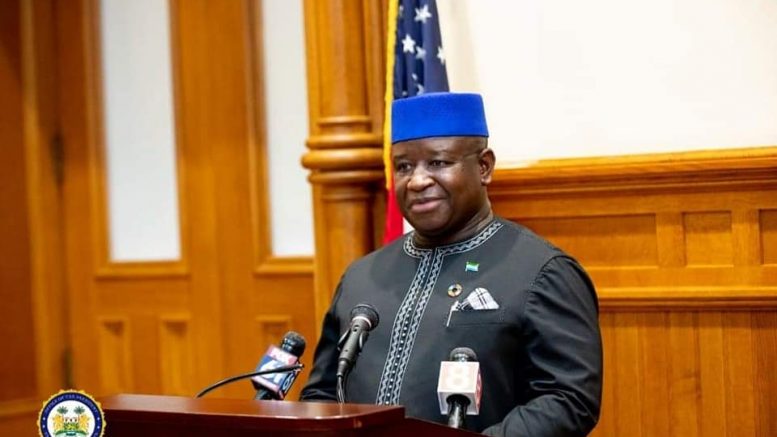 The Judiciary of Sierra Leone has always been bastardised for playing ball with the Executive and failing to dispense justice impartially. It has come under the sledgehammer of critics and advocates for not displaying independence but rather always feeding from the Executive.

Since the ascendancy of President Julius Maada Bio to the throne in April 2018, that queasy sleazy image of the Judiciary has witnessed cleansing.

In their submissions of the reports of the Commissions of Inquiry, the two foreign judges – Justice Biobele Georgewill and Justice William Annan Atuguba – who presided over two of the Commissions (64 and 67), lavished encomiums on President Bio for not interfering with their work throughout the 12 months of sittings. Justice Biobele Georgewill went as far as imploring other African leaders to emulate President Bio.

If you thought that was a one-off, then the ruling on the State versus Alfred Palo Conteh should wipe that away and reaffirm the belief that indeed President Bio is a pious democrat.

In a landmark ruling in a matter involving the presidency, jurors acquitted and discharged the accused Alfred Palo Conteh of all treason offenses.
In a society where winners are venerated and losers pilloried, such matters can be easily compromised from the top, but not when you have a certain President Julius Maada Bio in power. He once again allowed the law to take its course without any attempt to tinker with it.

By coincidence or design, the lead defense counsel for the accused, Abdulai Osman Conteh, was the man who superintended over the most ignominious perversion of justice in this country in the late 1980s, when a sitting vice president, Francis Minah, was wrongfully charged with treason, convicted and guillotined.
He must have had mixed feelings as his client was cleared of all treason charges, that is if he has a conscience at all.

Alfred Palo Conteh and others should thank their lucky stars that we have a God-fearing president who is not vindictive and believes in the rule of law.
Paopa di Judiciary go beteh!