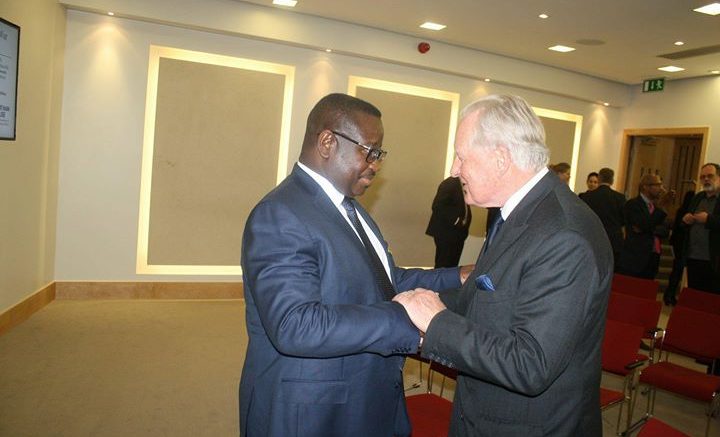 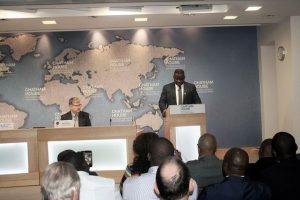 But let me hasten to say that Sierra Leone represents the contradictory image of Africa Today: 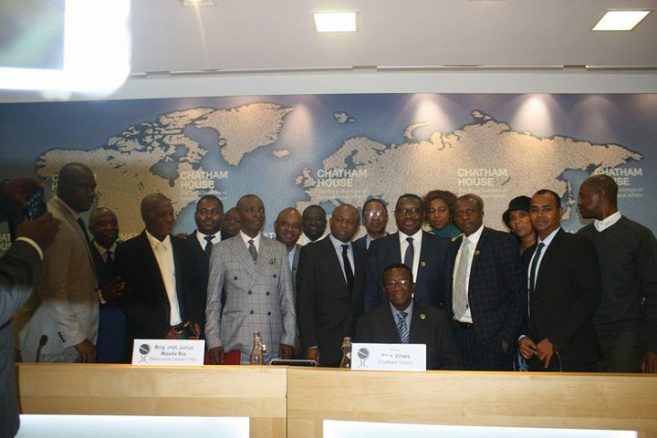 On the one hand, the unending wars and armed conflicts and terrorism; depressing socio-economic development indicators and Ebola Pandemic; increasing poverty, underdevelopment, and large-scale youth unemployment

And on the other hand, decrease in wars and armed conflicts; the emergence of more and more democratic governments across the continent, with spectacular economic growth rates of 15-21%, whereby some of the emerging economies are now described as Africa’s ‘Lion Economies’.

Ladies and Gentlemen, Sierra Leone, like the rest of Africa, has been transformed within a decade by the International Media, from ‘Hopeless Continent’ in 2000 to ‘Africa Rising’ in 2010

In fact, the International Community and the former UN Secretary-General, Ban Ki-moon, have all presented Sierra Leone as a success story stating that: ‘Sierra Leone has been a success story of maintaining peace after a decade of bloody civil conflict and has impressed the rest of the world … the country is seen as an example of post-conflict recovery’.

Let me stress that there is evidence to justify the optimism of the international community in that with the end of the civil war, Sierra Leone has made some progress in consolidating post-war peacebuilding and state reconstruction

By organizing three relatively free and ‘fair’ democratic elections and the peaceful transfer of power by the ruling SLPP to the opposition APC party, a rare event that we do not often see in the divisive electoral politics of Africa Today.

So what are the challenges and opportunities for consolidating democracy in Sierra Leone Today?

Sierra Leone and the Challenges of Democratic Consolidation

Democracy Cannot be Built on an Empty Stomach

In other words, poverty, illiteracy, underdevelopment and lack of existential necessities of life, i.e., Food, Shelter, Clothing, and Healthcare, are a threat to the consolidation of democracy

As the saying goes, ‘a desperately hungry man or woman is an angry man or woman’. So how can we build and consolidate democracy in the context of extreme poverty and deprivation?

And let us be frank here, ‘Democracy’ in Sierra Leone as in the rest of Africa, is really a metaphor for ‘Development’, and here, I mean development in all its forms and manifestations

The Context of Sierra Leone today shows that Democracy is not only in decline and its consolidation is under threat because: 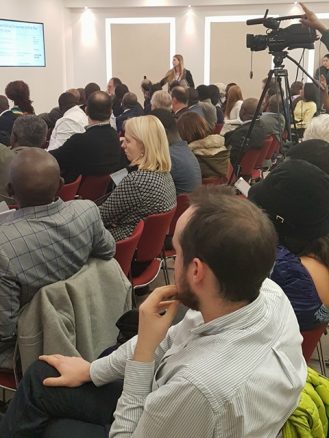 In Sierra Leone Today, two-thirds of the 7 million population live on less than US $1.25 a day, 3 out every 5 adults cannot read or write, life expectancy is 50 years compared to 53 in neighboring Liberia and 59 in Guinea.

Most of the population either lack or has limited or no guaranteed access to basic services including education, healthcare, and social protection.

70% Youth unemployment and they are unskilled and lacking social mobility opportunities.

Justice is not accessible to the majority of the poor and dispossessed in Sierra Leone today.

With the Chief Justice appointed by the President, it was therefore not a surprise that the Supreme Court unanimously ruled in favor of the President, claiming that as president and Supreme Executive Authority, he had the power to dismiss his Vice President, citing Sections 40 and 41 of the constitution.

Ladies and Gentlemen, this is the greatest challenge to consolidating democracy in post-war Sierra Leone because:

These 4 Board Policy Areas are further outlined in a 12-Point Development and Governance Plan including:

7.      Health Security: for a productive economy and national development

9.      Power to the Youth, Women and Disadvantaged

12.  Peace and Security for All

Our Strategic Objective of this 12-Point Plan is to:

That has ensured that Sierra Leone is mired in Poverty, Rampant Corruption, Gross Indiscipline and Underdevelopment and ranked as one of the poorest countries in the world

OR the New Direction Opportunity to Change and Transform Sierra Leone for the Better through Inclusive Politics, Inclusive Economic Growth and Inclusive Development

Where Efficient Political and Economic Management of the State and natural Resources will ensure that we are able, as a Country, to Pay and Finance ALL our Basic and Essential Service Provisions and Invest in our Critical Infrastructure 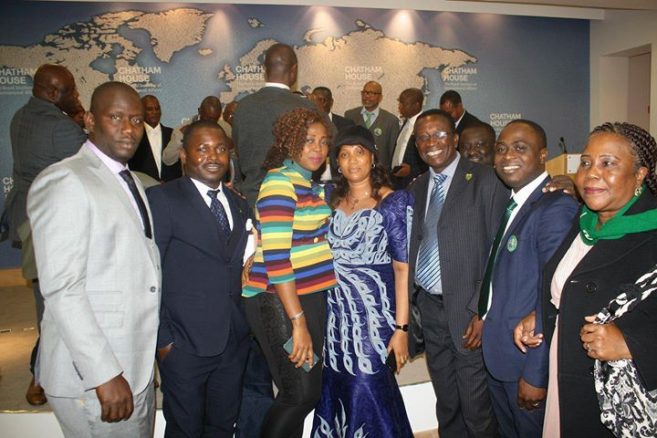 Two-Term Presidential Limit, with no President ever able to unilaterally sack his / her Vice President, in contravention of the constitution

By enshrining into the Constitution these key elements of the democratic and electoral politics processes, we want to make sure that the next SLPP Government will make a meaningful contribution to the consolidation of democracy in Sierra Leone and to ensure that the post-war gains of democracy are not reversed.

It promotes and guarantees political, social, economic and cultural rights of all Sierra Leoneans through Entitlement and Access to basic necessities of life.

Our New Direction Social Democratic politics aspires to create a more just and equal society in Sierra Leone as the only guarantee to avoid another war and recurrent political instability.

The Social Democracy foundation of our New Direction Development focus is based on inclusive politics, inclusive development and inclusive economic growth whereby the benefits of economic growth are re-distributed to all Sierra Leoneans through the provision of Free Education, Free public healthcare services, affordable housing, guaranteed access to electricity and water provision

Our New Direction, Social Democracy gives every Sierra Leonean a Voice,  a Role, Ownership and a Stake in the country and its future.

Mr. Chairman, to conclude, what hope do we have for consolidating democracy in Sierra Leone?

But the Hope that the people of Sierra Leone have is a new SLPP Government in Sierra Leone that is committed to: