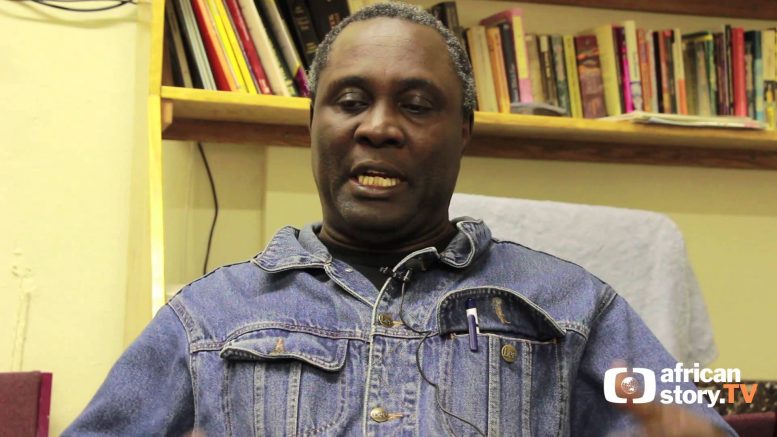 As explained on Difference Between Nationalism and Patriotism both show the relationship of an individual towards his or her nation. The two are often confused and frequently believed to mean the same thing. However, there is a vast difference between nationalism and patriotism.

Nationalism means to give more importance to unity by way of a cultural background, including language and heritage.

Patriotism pertains to love for a country with more emphasis on values and beliefs.

CHARLES E. JEFFERSON wrote; Patriotism is a thing of the heart. A man is a patriot if his heart beats true to his country.

The essence of patriotism is the sacrifice of personal interest to public welfare – WILLIAM H. BURNHAM.

Sierra Leone is still a land of wide open spaces. As this very important election passes in my physical absence, I have taken a deep breath, try to meditate and wonder: Who are we? What are our plans for the country? and When will we reach the point of relief?

Sierra Leone has seen the chasm of entrenched political party partisanship, tribalism, the massive growth of inequality on income and opportunity, and the lingering of injustice around tribe and political affiliation. We have gone from bad to worse in these ten years of the Ernest Bai Koroma led APC government. In the ten years of rule by Ernest Bai Koroma, there is no choice, except to follow the pattern of his government. If you refuse to join the corrupt system, you will be blacklisted and blocked to access the available resources of the country. When you insist, you either die or forced to flee the country.

For that reason, the country has divided more than any time in its history. The inability to rule a country has resorted to creating violence and tribalism. That has led to incorporating the Police into corrupt practices so that the Police themselves will be convenient and encouraged to protect the system.

When all these are happening, Rtd. Brigadier Julius Maada Bio has been focused and continue planning on how to redeem his country from this batch of crooks and violent bandits. He has been doing that on several fronts.

At his base, the SLPP, it has not been easy. He has not at any time been given an easy way to lead that party as the flag holder. It is for that intraparty fight, much was not seen of him to oppose the activities of the ruling party. That was a deliberate act of the APC to destabilize the opposition and therefore have their way of doing circuitous things.

At the end of the first round of this election, Maada Bio has shown to the world that he is a NATIONALIST and a PATRIOT. Considering his strong point at this moment, he has the capability to changing every crooked activity of that country by simply refusing the rigged result of the National Electoral Commission (NEC) and the APC.

If Maada Bio was not such a man, it would have been simple for him to refuse this crookedly doctored result and ask his people to take to the streets which would have plunged the country into massive chaos. He has the strength and that is because he has the majority of the people with him. Maada Bio and the SLPP has the original results of the elections as 57.3 percent for Maada Bio in the presidential election but have refused to demand that result from NEC because he does not want his country to be chaotic once again.

The new idea of nullifying ballots by NEC officials is a way to rig elections in that country flagrantly. This is a new law enacted after Christiana Thorpe unlawfully nullified ballots at the 2007 elections. That law is hurting the rights to vote of Sierra Leoneans since then. The head of the NEC is simply a returning officer that should be allowed only to read the results as the votes cast and declare the winner of that election as per those results. Anything after that must be referred to the justice system. That is not happening nowadays and the APC is taking advantage of that situation to rig elections.

Maada Bio and his SLPP know all that is happening but allow peace to reign for the sake of the country. He is keener to see his country peaceful and developed than insisting on certain issues that may change that. Maada has come from a long distance to reach where he is today by leading in the polls towards a crooked runoff election.

He has shown patience thereof. My fear is when that patience runs out.

He has been pushed to the wall and when he looks back, he sees his people suffering and clamoring for him to take a stronger stance to redeem them. At his back, there are a massive people clustered in a ditch hopelessly at the point death, raising their hands to him to pull them out of that ditch. Some of them are orphans left behind when their parents were killed by Ebola and the Mudslide. Some are women that have been either abused by heartless men or lost their husbands by the same Ebola or Mudslide. Some are very old people that have lost all their family members in the same events. Some are beggars that have been left wandering the streets of Sierra Leone after the War, Ebola, Mudslide and violent killings by either the Police or gang groups. Most of them are the young adults known as the YOUTH.

The YOUTH is the biggest in number that has been looking forward to Maada Bio’s action for them to be redeemed. Some of these Youth has been waiting at the National Headquarters of the SLPP since 2007. Some of their colleagues have been killed and some are still languishing in prison since 2007. They have seen this election as the last chance to be removed from their desperate conditions and Maada Bio is still showing restraints. Maada Bio is still showing that he loves his country than anything on earth.

Even when he knows this entire burden is upon him, he has asked his supporters to remain calm and remain peaceful. He feels the weight of the conditions of the people of Sierra Leone but prefers to carry it than plunge the country into chaos. He has challenged himself to be the person that will redeem Sierra Leone and therefore chosen the path of the clean democratic process.

Once again, a challenge has been thrown at his face. He has been cheated of a first-round vote victory and brought to a runoff. He has been given the heaviest duty to run up and down to fetch compatriots that have similar minds in redeeming Sierra Leone to join him. As I am writing, he has been forced to reach the doors of Alhaji Sam Sumana and Alhaji Kandeh Kolleh Yumukella in seeking their support and alliance.

Once again Maada has been stretched to a wide limit. The 27th March 2018 election might look like not too far but it can be very long for this patriotic Sierra Leonean, Maada Bio, that has all the load on his shoulders.

My prayers are that NEC does not try to cheat him in this coming runoff election. That may be a recipe for chaos.

Good luck, Brigadier-General (Rtd.) Julius Maada Bio, and thank you for your Patriotism and Nationalism.