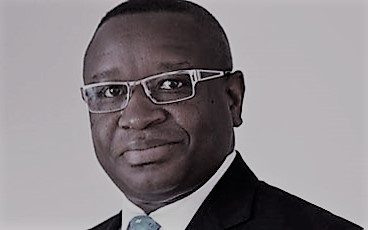 President of the Republic of Sierra Leone

Your Excellency, let me take this opportunity to thank you again for your leadership in the fight against Ebola, the greatest national security threat since the end of the war in Sierra Leone.

It can be recalled that immediately following the first outbreak of the Ebola Virus Disease (EVD) in May 2014; I issued a Press Release in which I characterized Ebola as a serious national security threat and called for national unity and a non-partisan approach in the fight against the disease.

In September 2014, I also provided a briefing in writing to the Government outlining my concerns as well as suggestions on the EVD management, particularly relating to the first three-day stay-at-home strategy. In the same letter in September 2014, I implored you to pay special attention to the provision and timely distribution of adequate and balanced diets to the Ebola victims and persons held in quarantined homes. At a personal level and as a humble citizen, I funded and distributed rice and other food condiments to people in quarantined homes or communities across the countries. This distribution drew the attention of the public to the plight of persons in quarantined homes. I was encouraged that your Government considered the suggestions regarding improved management of the disease and the scaling up of the provision of food and much-needed essential items to quarantined homes.

In October 2015, I met with the leadership of the National Ebola Response Committee (NERC) and embarked on a nation-wide social mobilization tour in all districts in the country. During the tour, I met with local authorities, officials of the District Ebola Response Centres (DERCs) and other relevant stakeholders. During the tour, I encouraged the general public of the need to continue to adhere to the Public Health Protocols, and Bye-Laws put in place until the country was declared Ebola Free.

Your Excellency, I would like to share with you some observations and suggestions to support the post-Ebola recovery and future development of the health sector.

The role of the communities, particularly, the Local Authorities, including the Chiefs and Local Council Representatives in the fight against the disease should be underscored. Local communities provided security at all check-points; vital intelligence on potential victims; leadership in social mobilization and enforcement of Bye-Laws and regulations under the State of Emergency, among other things. I would particularly want to note how Paramount Chiefs in Koinadugu manned check-points on the main road leading to Kabala and how a Paramount Chief in Kono served as DERC Coordinator.

The lesson learned from this is that generally, development should be owned by the people and involvement of people in the process will not only lead to better results but keep costs low and increase the chances of sustaining the results of the interventions. I, therefore, call on your Government to strengthen the community development arm of the Ministry of Local Government and actively involve our chiefdom and local council institutions in the campaigns against major diseases, notably malaria and HIV/AIDs and social issues including campaigns against violence against women and girls, drug abuse, and teenage pregnancy.

Social mobilization is the cornerstone of any participatory approach to development and empowerment. It strengthens participation and ownership of the poor in local decision-making, improves their access to social and production services and efficiency in the use of locally available financial resources and enhances opportunities for asset-building by the poorest of the poor.

In line with the One Country and One People motto of the SLPP, I am pleased to note that I was heartened by the fact that Sierra Leoneans, irrespective of party colors and affiliation, participated in the fight against the EVD. Besides, the involvement of national executives of political parties in social mobilization, I was encouraged by the fact that executives of political parties at district levels were also involved in the social mobilization, contact tracing, burial management and other aspects of Ebola response and management.

The Lesson I have learned from this experience is that it is in our national interest to have national unity and a non-partisan approach to any national security threat. The fight against the EVD has shown that when we put our partisan interests aside, we can achieve better results and sustain them. I, therefore, encourage your Government to sustain such practice in normal development, particularly in post-Ebola recovery and campaigns against diseases. Political parties can be good platforms for awareness-raising and social mobilization. The inclusion of everyone irrespective of party affiliations also creates the opportunity for opposition parties to participate in governance, reduce social tensions and enhance national cohesion. It is in our national interest to do so.

The rate at which the EVD spread in almost all districts within the first six months underlines the importance of early disease detection and response in containing the spread of the disease. This pre-supposes that rapid disease testing capacity is readily available and easily accessible to health professionals. The recent Freetown meeting on laboratory services on the theme “Building Defenses Against Future Ebola Outbreaks” observed that “diagnostic services are a cornerstone of health systems” and called for laboratory networks to be integrated within public health institutes and surveillance systems to ensure early disease detection.

Your Excellency, without stating the obvious, in the first six-month of the outbreak of the EVD, we had no more than three laboratories to test for the disease. From a Public Health Emergency perspective, this was an unacceptable situation as it took more than 48 hours for probable cases to be determined. Swabs were transferred over long distances and under the difficult situation and at the high cost as well as high risk for carriers of such swabs. The situation improved significantly when Testing laboratory facilities were established in all regions.

Based on this evidence, I propose that one of the main focus of health system strengthening in the post-Ebola period should be on developing capacities of the Ministry of Health through functional laboratories for early detection of disease and improved systems for disease surveillance and control. To ensure access and prevent escalation, Government should build the capacities of district hospitals as well as Peripheral Health Units for testing and diagnostic services. Concerning the Ebola disease, in particular, I propose that that Government continues to maintain at least one laboratory per region as long as necessary. The more than 40 years history of the EVD in Africa has shown that we have to be adequately prepared for prevention and rapid response.

Before the outbreak of EVD, there were no effective emergency health line and no more than ten functional ambulance vehicles in the country. Despite the initial challenges, the establishment of an emergency line (117) and the ambulance system has proved very effective and useful in the management of the disease.

At present, there are no more than one ambulance in every district. Evidently, the ambulance service cannot serve the thousands of people in over ten chiefdoms on average per district. This inadequate and unreliable ambulance service is undermining the gains in health programmes, particularly those focusing on maternal and child health care. I, therefore, propose that government sustain the 117 health helpline and develop a national ambulance system to provide prompt services to those in need.

One of the legacies of the EVD management is the mandatory reporting and more accurate recording of deaths. Before the EVD, death statistics were obtained from Births and Deaths Department in the Ministry of Health. Most deaths, especially those in rural areas were not reported and therefore not recorded. The mandatory reporting of deaths and the regulation for state burial warranted more accurate recording of deaths. During my nation-wide tour, I observed high levels of non-Ebola deaths in all districts. Although it is too early to jump to any conclusion, this observed phenomenon could very well be a manifestation of a weak health system. It could also be attributed to the effectiveness of the Ebola response team in capturing this reality.

I would like to encourage the government to build on and sustain the system of mandatory reporting and more accurate recording of death and birth. In tandem, I also suggest that Government improves the capacity of Ministry of Health for postmortem services and recording of the cause of deaths. Such vital statistics will be very useful in health planning and design effective and efficient health interventions especially as we now move to the implementation of the UN Sustainable Development Goals 2030.

The Role of State Security

I would like to note that the role of the security forces including the Sierra Leone Police (SLP) and the Republic of Sierra Leone Armed Forces (RSLAF) in the management of EVD has been highly commendable. This illustrates that security forces can contribute to national development beyond their traditional constitutional roles of maintaining law and order and defending the territorial integrity of the state.

In this regard, it is my humble suggestion that a ceremony for public recognition of our security forces and other actors who were involved in the management of EVD be organized. This will motivate and incentivize the security forces and thus enhance their productivity and further improve public confidence in them. An amicable civil – security sector relationship is not only vital to national development but urgently needed. Also, we need to boost the capacities of the SLP and RSLAF in enforcing health protocols and providing support services to Ministry of Health at critical moments of national security threats such as disease outbreak and disaster management.

Another positive legacy of the EVD management is the enhancement of the capacity of Sierra Leoneans to manage disease outbreak. But obviously, the existing framework for the fight against the scourge of the Ebola virus could serve as a template to deal with other issues of national disaster as and when they occur. In the first six months of the outbreak, it was clear that we had limited capacity in social mobilization, contact tracing, treatment and even coordinating with development co-operation partners. During my tour to NERC and DERC offices, I was impressed to see Sierra Leoneans managing critical pillars of the EVD management.

Your Excellency, as a nation, we cannot afford to allow these capacities to go unused. I call on your government to evaluate the gains in the capacity enhancement and develop a framework for absorbing or mainstreaming most relevant manpower and systems into our health management.

Editor’s Note:  The article has been moderately editing to conform with American English spellings.  Passive sentences remain along with some structural forms.