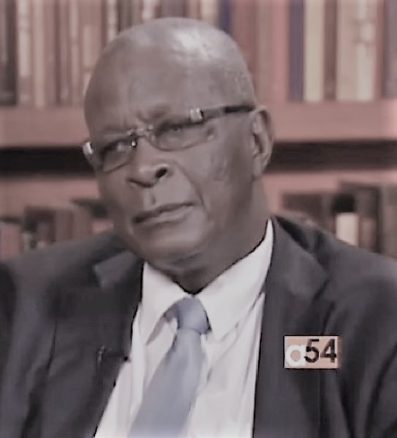 Armageddon To Peace: SLPP Can Learn From APC

Let’s take a look back at APC’s situation in 2007. In March, 2007,  a civil society group Democracy Sierra Leone 2007 issued a press release, advocating for “the holding of free and fair Presidential and Parliamentary general elections on 28 July 2007” and demanding “the immediate issuance of verdicts in the Court Matters involving the All People’s Congress (APC) and the Sierra Leone People’s Party (SLPP)”-Yes, SLPP was also in the courts as Charles Margai questioned the legitimacy of Solomon Berewa vying for the Presidency.

Ernest Bai Koroma was accused of having changed the APC Constitution. Dissidents  included lawyer Serry Kamal, Mohamed Bangura and others who were engaged in several litigations against Koroma contending the legality of his leadership.

Some civil society members paid courtesy calls on the then Chief Justice, Dr. Ade Renner-Thomas expressing  concern over the slow pace of the trial. They also expressed fear that a late judgment might lead to unrest in the country. The new Chairman of the PPRC, Justice Sydney Warne was also asked to intervene. During a meeting held at the residence of late President Siaka Stevens, under the chairmanship of Alhaji ABS Janneh, a veteran politician, it was agreed that they must also take the matter to the PPRC since the court was not the place to settle party conflicts.

“With all the chaos in the APC Party you fast-tracked the Party to a Delegates Conference to grasp more power and became leader of the Party and Presidential Candidate for 2007. Mr Bockarie Stevens and Mr. Palo Conteh who came from England to conduct the elections or selections at the Delegates Conference in Port-Loko are ex-officio members of the England and Ireland Branch of the A.P.C Party. Where were the elected Executive Members from that Branch?…You should step aside for the good of the Party. Do you want to go down with the APC Party?

All was not well within the APC. The Secretary General of the APC Women’s Wing resigned as did the Secretary General of London and Ireland Branch and the Chairman of the Waterloo Rural Council Mr. Alieu Badara Mansaray also left the party. APC was given Notice to vacate the Pademba Road Party Headquarters building.

After nearly four years of bickering the APC finally made peace in April 2007 and in a statement expressed “appreciation to all those individuals and institutions such as the Political Parties Registration Commission (PPRC), the Elders of the APC party and UNAMSIL, which have in diverse ways helped in addressing the APC problem”. Eddie Turay affirmed: “We are firmly behind the Leader, Hon. Ernest Bai Koroma for the APC to take back the governance of Sierra Leone after July 28th.” Heavyweights against Ernest Koroma had included M.L. Dumbuya, Eddie Turay, Dr. Jengo Stevens, Osho Williams and Dr. Moses Dumbuya.

The APC essentially put its house in order and within 4 months of that achieved electoral victory. Today all of them could be said to have enjoyed “the fruits of their labour”. What now for SLPP? Can they emulate APC’s example? Why not? However one sceptic has said: “The main difference between now and then is that although you had differences between intransigent players, there was no suspected meddling into APC’s Affairs by the Government in power. Unlike then, there is now no UNAMSIL and there is no international organisation intervening into the SLPP peace process. PPRC had Justice Sydney Warne who was respected by all sides. PPRC has gone for a long time without a quorum since the death of Justice Tholla Thompson and filling in the vacant positions for Commissioners has  been extremely slow and exacerbated the divide in the party. Those organisations recently making the right noises about bringing peace to the SLPP should be aware of such concerns and try to address them with seriousness. Meanwhile SLPP needs to do some soul searching. We can indeed learn from APC!

PRESIDENT KOROMA’S SERMON ON THE MOUNT

What caught my eye when reviewing President Koroma’s speech last December at the State opening of Parliament which is being debated by our Parliamentarians was not so much his litany of “government successes in spite of all the recent odds and plans for the future” but his devotion of a large part of his speech to rally his compatriots to unite in putting paid collectively to our national challenges and imbibe the virtues of hard work.

I must admit that when I started reading this part of the speech, his strong criticism of armchair critics made it sound like he had borrowed a leaf from Donald Trump and I started checking to see if in fact there was any plagiarism-these days one has to check! In truly combative style he lambasted  “armchair patriots and internet nationalists”:

“We are not afraid to get into the ring and do what is necessary. We applaud the armchair patriots and internet nationalists who criticize us. They may mean well for this nation, but we also implore them to come into the ring for the heavy lifting, to come into the ring to start businesses, to contribute your education to our schools, your expertise to our youths, and your global experience to the advancement of the nation.” Global experience? OK, then we suspect where they are coming from! He continued his challenge to his “tormentors”:

“I hear people say the country is not ready for them. But no country is ready for its people until its people are ready for it. Come to the ring, don’t wait until challenges mount and you start saying how patriotic and wise you are because you never joined in the battle.”

President Koroma then changed his style and in a true “sermon on the mount style” became much more reconciliatory, calling for unity and emulation of people who had done our nation proud. His examples were an interesting dive into our national history, starting this section by making a veritable statement with a rhetorical flourish that should make his speechwriter proud (I am certain there is no plagiarism here!):

“The true measure of politics is not about fighting to divide the people; the true mark of leadership is about finding the common ground wherein we can work together to build a better life for our people.” He cited some interesting facts to make his case:

“Sir Milton Margai sent drinks to Dr. Siaka Stevens on April 27, 1961 whilst he was being detained at Pademba Road Prisons; they were on opposite sides but Sir Milton wanted the founder of our party to celebrate our collective achievement of Independence…… When he was President, Dr. Siaka Stevens appointed a great opponent, Alhaji Sanusi Mustapha as Vice President. When Dr. Joseph Saidu Momoh was President, he extended a hand of friendship to Sir Banja Tejan Sie and Dr John Karefa Smart.” He commended President Kabbah for giving back property seized by previous governments back to his political opponents. He went on to cite the sacrifice of people like Dr Umar Khan of Ebola fame, Alhaji Nawal, a self made man who by dint of hard work rose from being a driver to the owner of a large transport fleet, the effort of legendary teachers like Akiwande Lasite of Grammar School and Canon Dr Modupe Taylor Pearce at Magburaka, Mrs Ada Bailor of Albert Academy  who shaped the life of many a student, the contribution to our national spiritual life by people like Bishop Keili Alhaji Osman of Bambara Tong “whose sermons taught thousands to seek God’s grace with courage, charity and largeness of spirit”. He called them “models worthy of emulation”.

“We must remain united, focused and hardworking, he added……These are the testaments of the good that is in us; they are our better values; and this is the time to assert these better qualities to ensure our recovery and growth. We have done it before; we can do it again. “-plaudits again to the speechwriter.

As if to remind the “armchair patriots and internet nationalists”  he went on: “Sierra Leoneans don’t often tell the good in them that pushes this country forward; we don’t often tell the story about how we are a most religiously tolerant nation, a most friendly citizenry, a very beautiful land with a solid history of achievements. We must not be too quick to forget our collective achievements. We have again been tested, but we must resolve to overcome our challenges with faith that wisdom inspires. Together, showing forth the good that is ever in this country, we shall move forward with the recovery. Together, having in mind the truth and knowledge that our forefathers spread, and the mighty nations they led, we will do it again. Together, as we again pledge our devotion, our strength and our might, this parliament, this government, all of you seated here today, all of our people, at home and in the Diaspora, together, as we raise our hearts and voices on high nothing can stop our recovery, growth and development.”

“If anyone will piously and soberly consider the sermon which our Lord Jesus Christ spoke on the mount, as we read it in the Gospel according to Matthew, I think that he will find in it, so far as regards the highest morals, a perfect standard of the Christian life.”

Let us hope in true St, Augustine style that the “highest morals and perfect standard of Sierra Leonean life” preached by the President will be imbibed by all of us Sierra Leoneans including those who think this country should belong to only one set of people to whom “the spoils should go”.  One only prays that the prayer “May what we have said with our lips and heard with our ears, we may practise in our lives” will apply to all of us Sierra Leoneans including the President, his government, his party, the opposition and all of us. And may national unity, emulation of good values and hard work be our clarion call for 2017.

PONDER MY THOUGHTS
by Andrew Keili