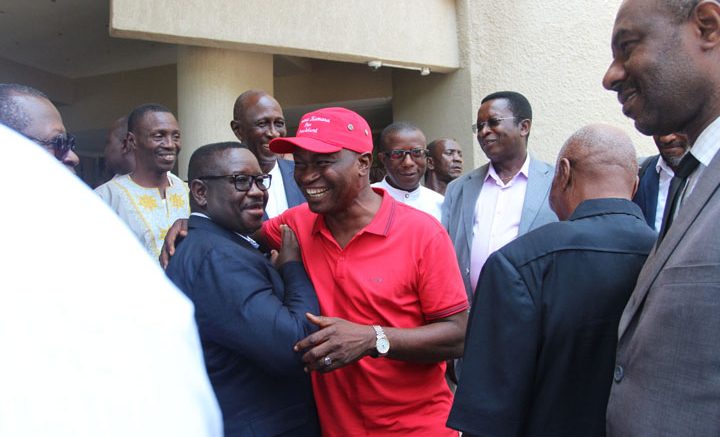 APC War room is in disarray as we write.  Confusion and Panic have taken over as they watch the demise of a violent party unfold before them.  Cocorioko, their propaganda mouthpiece is spewing out fake news as Kabs Kanu fights for his livelihood at the United Nations where he received an appointment for his loyalty to Ernest Koroma’s dangerous agenda for Sierra Leone.  Following is a leaked report from their war room:

As at 7 am on Thursday 8th March 2018 the APC tally centre at Aberdeen has collected about the RRF forms with the results from about 92% of polling stations nationwide.

Generally the results have been disappointing as compared to our performances in 2007 and 2012 Elections.

In Western Area, our APC percentage drastically reduced to 52% with SLPP increasing their percentage to around 46% and other political parties and void around 2%. We have also lost some Parliamentary seats in the Western Area.

In the Nothern Region, we have had a shocking performance generally. Our percentage overall has been 53%. NGC has secured around 25%, SLPP will secure around 20% and other political parties 2%.

Finally, from the results tallied in our APC situation room, we regret to say that SLPP will likely secure between 55% and 57% across the country. Any plan for the second round as a party should be reviewed because the chances are very slim. Since last night reports from across the country show that our supporters and members are demoralised hence the party structure will need to calm their nerves. Let us go to the drawing board as a Party to see what lessons can be learnt from the 2018 elections.