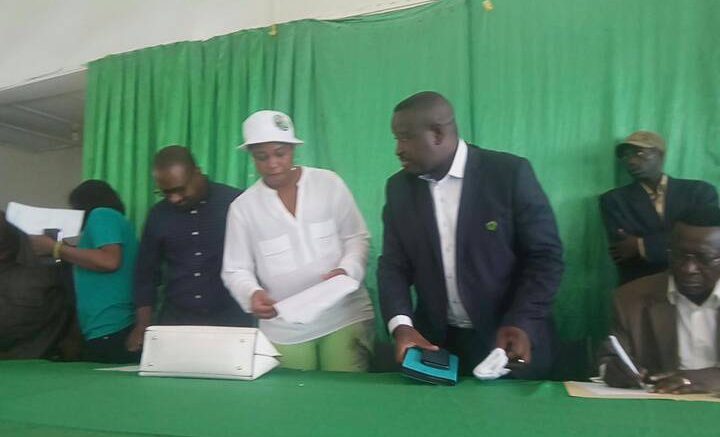 The Vice Presidential nominee of the Sierra Leone People’s Party (SLPP) Dr. Mohamed Juldeh Jalloh has appealed for inclusive language and involvement attitude from among all members of the SLPP.  He especially singled out the leadership of the Party to lead in this regard as well as, from the prospective Parliamentary and Local Council Candidates that are fortunate or will be lucky to have the Party’s symbols. 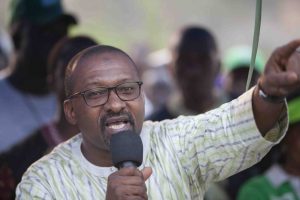 Explaining the appeal of inclusive language and involvement attitudes, Dr. Juldeh Jalloh maintained that as far as the SLPP was concerned, there was no winner and no loser in the award of the Party symbol.

He reiterated the popular ” “everyone up no one down” slogan of the former Flagbearer aspirant and current National campaigning Chairman, Dr. Alie Kabba.

The Former senior staff of the United Nations at the Sahelian basin (the Republic of Mali to be specific) strongly advocated for encouraging words rather than divisive words to disaffected members of the Party.  He urged for the same attitude in all Party activities.

The Vice Presidential nominee made these statements while making a statement during a well-attended workshop organized by the Julius Maada Bio Women’s wing.

Present were District and Regional Women’s leaders and Candidates for Parliamentary and Local Councils across the Country.

In his keynote address, the Presidential hopeful of Sierra Leone, Rtd Brig Julius Maada Bio stated, among other 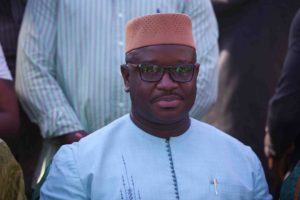 things,  that he was the only qualified, most experienced and most competent Presidential candidate among all others running for the March 7th, 2018 Presidential election.

Brig Bio jokingly remarked that he was still not going to the United States of America and, because of that, “I am the Presidential candidate with no dual sim but a single sim,” he said.

“I am the only candidate that has visited and stayed in several advanced Countries but has never been tempted to denounce my less developed country called Sierra Leone.”

“I fought for the peace and democracy that are currently prevailing in our Country,” he added.   He reiterated that “at a very tender age in the midst of difficulties, I took over governance and swiftly relinquished as I promised.”

Earlier, before the statements from Dr. Juldeh Jalloh and His Excellency Rtd Brig Julius Maada Bio, the firebrand National Campaigning Chairman Dr. Alie Kabbah made a compelling and assuring statement.

According to Dr. Kabbah, the SLPP through her very marketable commodity in the person of Rtd Brig Bio and his running mate Dr. Mohamed Juldeh Jalloh was just forty days away from government.

Dr. Kabbah encouraged all SLPP members to embrace each other and to work hard in their various Constituencies so that the APC can pack and move from the corridors of power.  He accused the APC of failing in all areas of good governance – the economy, education, health, security and justice under the APC – as pathetic and appalling.

The APC, the SLPP National campaigning Chairman charged, is unfit to govern a single village and therefore has no business to run a State or Country. 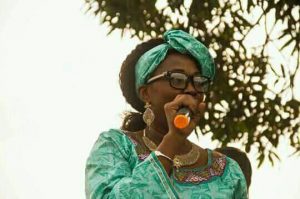 Before the statement of Dr. Kabbah, the founder of JMB women’s wing, Mrs. Fatimah Maada Bio, delivered a very inclusive and encouraging statement during her welcome address. Mrs. Bio informed the jam-packed Unity Hall that the idea of bringing together representatives from all Constituencies to the workshop was to roll out proper strategies that would enhance the Party to campaign and win the elections for the Presidency, Parliamentary and the Local Councils.

Mrs. Maada Bio stated that she, as a person, has no idea on how to formulate a workable roadmap for the elections. Therefore, she said, we have assembled you here today to give out your individual and collective ideas on how to run the campaign.

The statement of the prospective First Lady, Mrs. Bio, was followed by the not so reconciliatory remarks made by the National Chairman and Leader, Dr. Prince Harding.

Meanwhile, the Vice Presidential nominee, Dr. Mohamed Juldeh Jalloh early Tuesday morning and before rushing for the National Secretariat, addressed heads of several support groups that have converged at his private residence in the West end of Freetown.

Dr. Jalloh’s address to the group leaders was to engage potential voters from one community to community.  He assured them of his support in the areas of campaigning materials and other logistics.

In another related development, late Tuesday evening, the Vice Presidential nominee, joined his boss Brig Rtd Bio in a large walk around the Community of Lumley.  They were followed by a massive number of Party supporters mainly the Youths and Women.

During this walk around the Lumley community, Rtd Brig Julius Maada Bio and his running mate Dr. Mohamed Juldeh Jalloh exhibited a high sense of peacefulness and discipline.

Just after Brig Bio and Dr. Jalloh, followed by their supporters, have taken the main Spur Road from the main Lumley roundabout unstopped, the Police came running to inform them about the massive and ruthless Presidential convoy of President Ernest Bai Koroma on its way to the same route from Central Freetown.

Without much argument, the Rtd Brig Bio held the hand of his running mate and asked his supporters to clear off from the road, and they all took to a narrow, dilapidated road.

This singular peaceful action of Mr. Bio and Dr. Jalloh made many people especially those seated in the traffic to opined that indeed Brig Julius Maada Bio was a real man of peace and self-discipline.

This is Kanji Daramy.
For the Office of the SLPP Vice Presidential nominee.