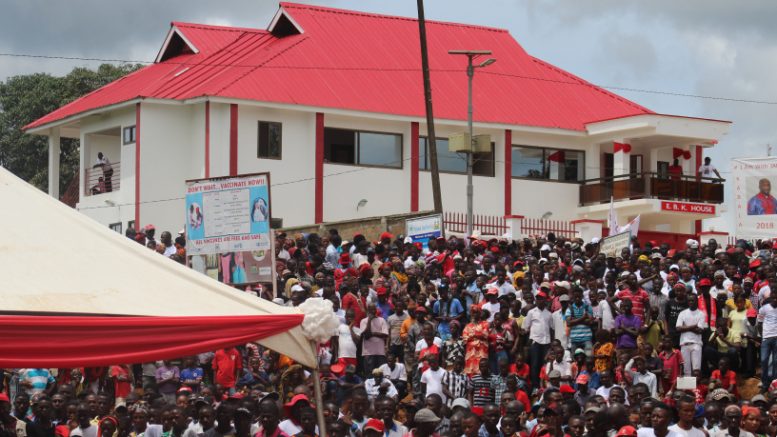 DANCING WITH A PLAN TO RIGG ELECTIONS

Everyone must be committed to utilizing the new media technology at their disposal to force all those involved in the ongoing electoral process to respect the rule of law and the requirements of free and fair democratic elections.

Much has been said about the All Peoples Congress (APC) dance parade this past Friday. In particular, ruling party propagandists and their supporters have celebrated the dancing crowd, including the violence that accompanied the masquerade. They are claiming that the crowds that trooped into the streets of Freetown on Friday illustrate the possibility of an APC victory in the upcoming March 2018 elections.

This conclusion is not only disingenuous and wrong-headed, but it directly speaks to the APC’s plan to rig the elections, a plan they are programmatically operationalizing.  That parade is part of a strategy to psychologically program the minds of the masses for a rigged victory by the APC in March. 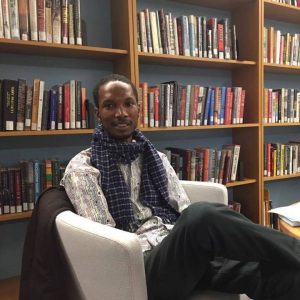 The truth that must be underlined is the fact that the Friday APC dance parade is not indicative of any possibility of an incumbent victory in the March polls. Neither is it indicative of any so-called popular support that the Ernest Koroma regime supposedly enjoys among the masses. It was a public masquerade organized by an unpopular incumbent regime that is now fighting, strenuously and expensively, against the forces of opposition threatening its existence in political office.

It is pointless, therefore, to discuss whether the parading numbers that flooded the central streets of Freetown on Friday afternoon were individuals who may have been imported from the provinces and nearby districts into the city by APC leaders; of course, they were.

Already, video and pictorial evidence have been published by the traditional and non-traditional media showing people being bused into the city on Friday and then being left stranded and struggling for space on open trucks and mini-vans to return home after the exhaustive dance masquerade had ended.

It is unquestionable that the parading crowds that trooped into the streets on Friday were largely transported over the course of the two days preceding the parade, from mostly Makeni and Portloko, to give the appearance that the APC commands popular support in the capital.

The fact is that the APC no longer commands such a support. So, to dwell on the parading crowd and the shocking, but not-so-surprising, bloody violence that formed the centerpiece of the APC’s dance parade does not tell us anything about the actual electoral dynamics of the country, other than the fact that the APC is trying its best to pull the wool of electoral authoritarianism over the eyes of the people. 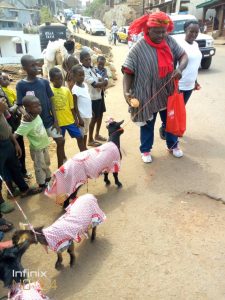 Let it not be lost in the minds of citizens that that APC’s many infractions over the last ten years have placed it out of favor with the majority of citizens. It is no secret that rogue and unpopular ruling parties in Africa, the APC inclusive, always distribute free party uniforms and money to induce crowds to join political rallies. Indeed, this tactic of artificially inflating crowd size to bolster an image of invincibility and power is common amongst authoritarian forces the world over. Most notably, Donald Trump’s repeated doctoring of rally footage to make it appear as though the masses support him has become a recent scandal in the United States media.

But the APC of Sierra Leone not only believes in bribing voters and spreading propaganda, they also believe in bribing opposition political party activists and opposition leaders with money and jobs to desert the opposition camps during elections.

In 2012, for example, the APC bribed the then UDM leader, Mohamed Bangura with more than $300,000 to withdraw his candidacy in the presidential race a week before the elections. Bangura was later appointed as cabinet minister by the APC and was recently reportedly awarded a parliamentary nomination to contest in the upcoming elections in a supposedly safe APC electoral district in the north of the country.

The APC also paid a bribe of two hundred million Leones to the disenfranchised NDA presidential candidate, Alhaji Wurie Musidal Jalloh to announce support for the APC a day before the elections.

These financially induced methods of eliciting support to swell-up dance parades by incumbent parties should not be indicators of a potential win in an election. There is a significant and visible difference between opposition crowd parades, like the crowd that trooped behind Mr. Maada Bio two days ago, and the ruling party dance parade of Friday.

PROTECTING THE VOTE TO PREVENT RIGGING

Opposition rallies are often driven by genuine crowd support and could be evidentiary enough to assess a candidate’s given chances in an electoral contest. The contrast is often the case with rogue incumbents, like the APC of Ernest Koroma, who deliberately employ and deploy the resources and services of the state apparatus to create a political masquerade with the intention of demoralizing opposition voters and forces for change.

To understand the futility of such propaganda and psychological tactics, one can merely recall the similar public masquerades organized by the SLPP’s 2007 incumbent candidate, Solomon Ekuma Berewa during the election campaigns of that year.

The first immediate thing to consider is the number of state resources that Ernest Koroma’s government is now willing to deploy in favor of its presidential candidate.   Another consideration is the fact that events like the APC’s dance parade on Friday are a clear example of the staged plans set in motion by the APC leadership and its electoral machinery to rig the upcoming general elections in March.

The most significant challenge now confronting the opposition in this election – broadly defined – is to stop the APC from having even the slightest opportunity to actualize any of its plans, whether physical or psychological, to rig the upcoming elections.

It is evident that the APC candidate, Samura Kamara, is still unpopular, and he has not been able to electrify the APC support base. There is no way the APC can win the March elections if the entire electoral process remains under keen observation.

Observation must range from the organization of polling stations, the casting of votes and counting of votes.  Then, to the tallying of results and reporting of vote counts.   These processes must be effectively and efficiently monitored, in a much more careful manner by the opposition activists who must be sworn to vigilantly and militantly protect the ballot and its contents on election day.

The APC can only win the upcoming election if they can illicitly generate more votes than the existing number of registered voters across the country. The electoral numbers in the APC heartlands of the north and western regions of the country are severely under threat by the activities of newly formed opposition groups.

In a previous article, I explained how these newly emerging groups, like the National Grand Coalition (NGC) and Alliance Democratic Party (ADP), pose a serious challenge to an APC victory in the upcoming elections.

I also drew a parallel between the dual citizenship debate and the intention of the APC to use it against a potential opposition victory in the March polls. It is within this context of responding and fighting back against that likely electoral defeat by the opposition that the APC Friday dance parade and mobilization should be understood.

The grand scheme is a psychologically programmed method of showcasing fictitious popularity. By doing so, the APC lays the foundation for justifying a planned rigged election result in favor of the incumbent party and its candidate.

Therefore, the first step to preventing such a fraudulently programmed electoral outcome is for the opposition, primarily constituted, to ensure that it is militantly ready and prepared to defend and secure the entire voting process from start to finish. It is for this reason that the recent statement by Mr. Maada Bio, who is still the most serious opposition contender with the largest number of followers, that he won’t accept “any rigged election result” is both understandable and justifiable.

Mr. Bio’s position on the elections must be re-echoed, repeatedly and loudly, by all opposition rank and file members to the ears and cameras of both local and international observers currently engaged with the ongoing election process.

I am particularly convinced that the only hindrance to an opposition victory in the upcoming elections is, first and foremost, dependent upon the neutrality and independence of the election management institutions – the National Electoral Commission (NEC), Political Parties Registration Commission (PPRC), and the Judiciary.

The NEC, in particular, must demonstrate an absolute commitment to being independent and neutral by upholding and conducting the upcoming elections according to the spirit of a free and fair democracy.

Most importantly, opposition party activists should be determined to militantly and vigilantly protect their votes in the upcoming elections.

It must be massively understood that the use of state and public resources by an incumbent party to create an undue advantage in favor of its candidates in an election is one of the most heinous acts of political corruption. Such practice runs contrary to the requirements of a free and fair election.

Therefore, opposition party activists, and by extension all democratic forces across the country, must use the current new media tools at their disposal to expose each effort by the APC, and their accomplices, when they seek to employ and deploy state resources and services in a manner that is intended to create an undue advantage for their own candidates in the elections.

Everyone must be committed to utilizing the new media technology at their disposal to force all those involved in the ongoing electoral process to respect the rule of law and the requirements of free and fair democratic elections.

This is the single most crucial thing the opposition must do if they want to protect and secure the possibility of victory in the upcoming elections.

Again, the opposition will win if they are completely resolved to policing the electoral process and are determined to force and enforce compliance with the rules and requirements of a democratic electoral environment on all contenders and managers of the electoral process. You have the right to do so, and it is your responsibility to do so.  The incumbent APC regime must be persuaded, if not compelled or forced, to operate and conduct itself according to the rules of free and fair elections.