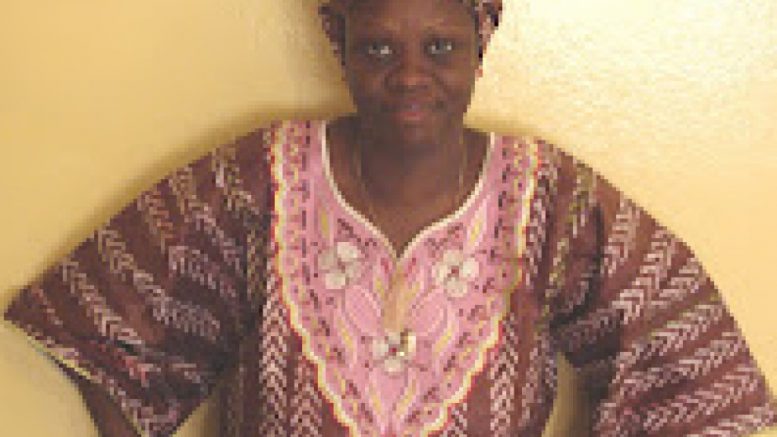 Sylvia Blyden_originator of the paopa label

Sylvia Blyden intended to harm the Bio Campaign with a negative PAOPA label, but God intended it for good to save the people of Sierra Leone…

PAOPA is a social and political doctrine which aspires to restore hope and aspirations of the people of Sierra Leone. It craves for the need for all to collectively work together with a determined effort to eradicate poverty.

The Acronym stands for:
Prompt
Action
On
Poverty
Alleviation

PAOPA – in local parlance, is mostly used with negative connotations, particularly when aligned with violence.  However, when used reflectively, it can also have a very positive interpretation to represent: *resilience and determination* to achieve an ultimate goal.

The word was first used derogatorily by a self-styled journalist, Sylvia Blyden now a minister in the APC government to deceptively describe Retired Brigadier Julius Maada Bio’s ambition to lead the Sierra Leone People’s Party by all means possible. Her motive was to paint an innocent patriot as someone who was violent and overbearing and therefore must be rejected by his people.

While the minister never thought of its positive use, given her deceptive motive, Sierra Leoneans who believe in the better future for their country and with strong convictions of Bio’s leadership to provide that direction, quickly ceased the opportunity to make use of its positive connotation of *Resilience and Determination* to describe their drive to eradicate poverty and promote development following decades of abject poverty and underdevelopment.

Today the word itself has captured the country’s admiration to ensure Sierra Leone rises again with a renewed vigour  by all means possible.

*PAOPA* resonates particularly with 95% of the country’s population who live on less than *one Dollar* a day.  PAOPA now summarises the demise of the people under the APC and at the same time represents their confidence in the SLPP and its flag bearer, Retired Julius Maada Bio as the only hope for Sierra Leone.

PAOPA is now regarded as a grass-roots movement against the APC Government which has failed the people of Sierra Leone as they endure under the hot burning sun an unprecedented corruption, poor health, indiscipline, lack of education, poor infrastructure, poor economic aspirations and many more.

Salone for Betteh PAOPA!,  Yes we can by all means possible!