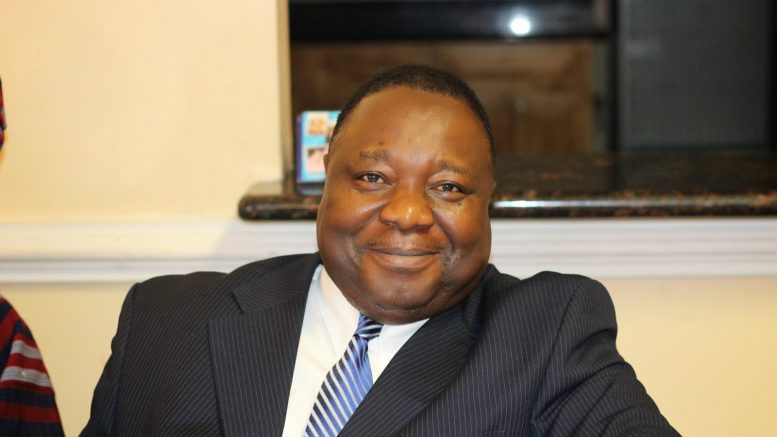 WITHOUT A DRASTIC FINANCIAL REFORM BY A NEW GOVERNMENT, THE MASSES IN SIERRA LEONE WILL REMAIN IN FINANCIAL HELL IN THEIR OWN COUNTRY

Today, the majority of Sierra Leoneans find it incredibly difficult to figure out where all of their country’s money is going. The politicians in the APC government continue to give shameful excuses about how they are spending the country’s wealth. The best response to this challenging financial situation in Sierra Leone is to vote out the APC government, stop most of the apparent leaks, and put in place disciplined and selfless politicians who care about the welfare of their people.

My focus in this piece is on the dilapidating state of education in Sierra Leone. The importance of knowledge and learning has been recognized since the beginning of time. According to Plato, “if a man neglects education, he walks lame to the end of his life.” It is quite clear that investment in education by any country explains growth and development. Education is indeed one of the most influential instruments for reducing poverty and inequality, and it sets the foundation for sustained economic growth. Sierra Leone needs to invest in it more.

All parents hope to help their children to pull themselves out of poverty with education. As a third world society, we have recognized and assimilated this from our colonial master, Britain. Many other third world countries are doing the same. But our current government is not interested in education. Not only that, the government has no interest in creating jobs for even the small number of students who graduate from college every year. The country is blessed with smart children who are willing to learn, but their parents cannot afford the cost of the outrageous educational cost. Also, the price of other commodities continue to skyrocket, e.g., gas, food, rent, and life, in general, continues to be expensive in Sierra Leone as I write.

There is no doubt the level of education in any country must correlate directly with the level of earnings and wealth over time. But this is not the case in Sierra Leone. There are hundreds of graduates during the past ten years of the APC rule without jobs, and the only available position is teaching which pays next to nothing as in all countries. In Sierra Leone during the past years of APC rule, corruption, mismanagement, and poor budgetary practices remain the problem. Selfish practices on the part of APC politicians continue to drain the country’s economy. Monies sent by the international communities to address natural calamities in the country are pocketed, if you will, by the head of state and his cronies. President Ernest Koroma is focused on building up wealth to sustain himself and his immediate family members when he leaves office. Even in the Universities, it is shameful to report that operating budgets remain at its lowest because the government provides little or no subsidies. And to maintain a high standard of education, colleges and universities in the country must pay attractive salaries to lure experts to these institutions. Hence, these schools can only survive by increasing the cost of learning to keep them afloat.

The elections in Sierra Leone are near the corner. The public needs to make it known to the APC that there is no place for them in government anymore. They had their chances and had blown them as evidenced by the horrible financial, educational, political, and social sectors in the country. At this point, before they leave office, the public needs to put pressure on the government (because they can listen and do things in the hope of returning to power) to increase subsidies/support to higher educational institutions.  The support will trickle down in the form of lower cost of education for needy families. The government must be informed that sustainable growth is contingent on the capacity of the state to diversify the country’s economy and thus train human capital that will help to support the growth and development of the country. The government is expected to help all deserving students acquire the necessary education so they can live a decent life. The APC government is capable of influencing price control for higher education by giving more subsidies to these institutions instead of spending 1.5 billion Leones on paddle parade. But since APC and Ernest Koroma do not care about the people and their children, the underlying costs of higher education will continue to rise, and there is a seemingly little effort on the part of APC government to control those costs. Worst still, the children and relatives of all APC politicians are sent abroad to receive the best education while students from needy families, even though they may be brilliant, are left to suffer by dropping out or are not able to proceed to college.

To stop this trend, Sierra Leoneans must vote the APC out at all cost in the coming Presidential Election.