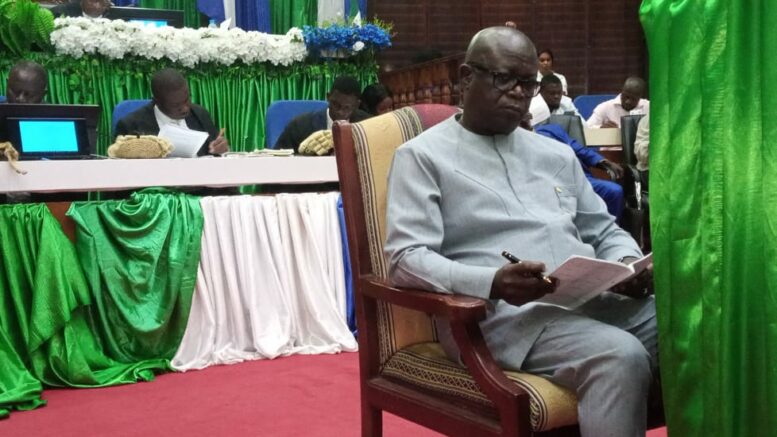 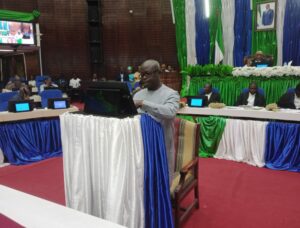 Parliament Building, Tower Hill, Freetown. 19 December, 2022- The Bill entitled the Local Government Amendment Bill 2022 which was laid in the Well of Parliament of Sierra Leone in July 2022 by the Ministry of Local Government and Community Affairs has been enacted into law by the Parliamentary Membership.

In accordance with the manifesto commitment of President Bio and the effort to deepen decentralization, after they took over the affairs of the Ministry in 2019, the current leadership of the Ministry of Local Government and Community Affairs, Amb. Tamba Lamina and team suggested the amendment of the Local Government Act 2004 since it was no longer meeting the current needs of the Ministry and its various sectors. It was at that point that they started the process that led to taking the Bill to Parliament.

Speaking to the Press after the Bill was enacted, Minister Amb. Lamina said it was a good day for the Local Government Family as the Bill that was enacted into law is critical in addressing local Governance and decentralization issues that have remained unaddressed since 2004. He continued that the 2004 Local Government Act was meant to show commitment to peace, start the process of decentralization and to initiate the idea of citizens engagement in the development of their communities which made the very Act a transitional one.

He supported the above statement by disclosing that it has been fourteen years since that mandate expired, which has made the devolution of functions a deadlock as the energy that is supposed to drive the process carries no authority any longer but that the new Act will fill all those gaps. 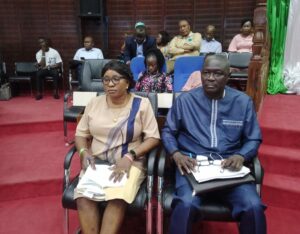 “With the new Act, Local Councils are now the highest development and political authorities in their Districts, it gives Members of Parliament representation in Local Councils as ex officio members, increases number of Paramount Chiefs that attend Council meeting from 10% to 20%. Tribal and village Heads will now seat in Council meetings in Freetown and Waterloo. It allows Local Councils to now go into loan agreements with private bodies other than Government as long as due processes are followed, facilitates the movement of Councils’ staff into the Civil Service and the reverse,” he explained while adding that Council Staff will now be entitled to pension after their retirement and that land surveys and the issuance of building permits will now be carried out by the Land Commission in collaboration with Local Councils.

He also noted that since transparency is key in the process of achieving effective local governance and decentralization, the new Act makes it mandatory for quarterly publication of all financial transaction of Local Council with a fine of NLE 25,000 if any Council fails to do so. He added that school feeding subsidies and teachers’ recruitment which were previously devolved from the Ministry of Basic and Senior Secondary Education (MBSSE) will now be handled by the said Ministry and the Teaching Service Commission with Local Councils playing an integral role.

Amb. Tamba Lamina reaffirmed President Bio’s commitment to local governance and decentralization and ended by expressing thanks and appreciation to the entire Parliamentary Membership for their support and guidance throughout the entire process. He also expressed gratitude to the European Union for its financial support to the process.