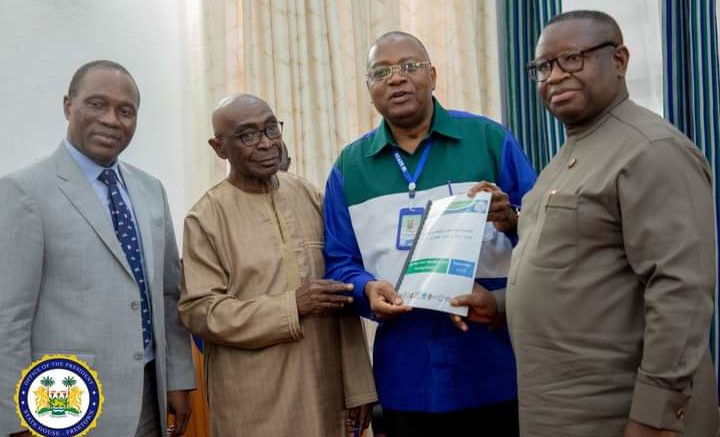 “Politicians and some of their henchmen are on record spreading incendiary messages, and persons associated with them acted to impede the work of enumerators – in some cases threatening them with physical violence…All is forgiven for the sake of national cohesion and peace.

He added that: “Until the next decennial census, this dataset will be used for making governance decisions, policymaking, planning, public service delivery, and various investments in key sectors of our economy. It will also be the basis of future national surveys.”

President Bio also thanked friends and partners who had generously supported his government and the people of Sierra Leone, throughout the process, among them former President Uhuru Kenyatta and the government of the Republic of Kenya, the World Bank, UN Fund for Population Activities, UN Economic Commission for Africa, UN International Children Emergency Fund, the Embassy of the People’s Republic of China, and sister states of the Mano River Union.

He noted that Statistics Sierra Leone had also received regular guidance and no objections from the World Bank’s technical advisers until the eve of the enumeration. Therefore, he thanked them for their professional input.

Statistician-General and Chief Executive Officer of Statistics Sierra Leone, Prof. Osman Alimamy Sankoh, announced that: “Statistics Sierra Leone is pleased to report that intensive data reviews did not result in a significant change in the provisional results. There are a total of 7,061 individuals added to the provisional total reported. This confirms the robust processes we put in place and, consequently, the high-quality data we have generated.”

Prof. Sankoh also noted that they achieved the objectives of the 2021 Mid-Term Population and Housing Census through the digital methodology used, starting with the cartographic mapping and ending with the main enumeration.

“Sierra Leone can now be proud of having conducted its first digital census like a few other African countries. We will henceforth be able to provide population data at the locality, ward, section, chiefdom, council, district, and regional levels, and due to the digital methods used, this data can be generated promptly,” he assured.

He said they could cover 24,000 Enumeration Areas nationwide, which gave data of 850,599 structures recorded nationwide, and the final 2021 Mid-Term Population and Housing Census results totaled 7,548,702 individuals in the country.