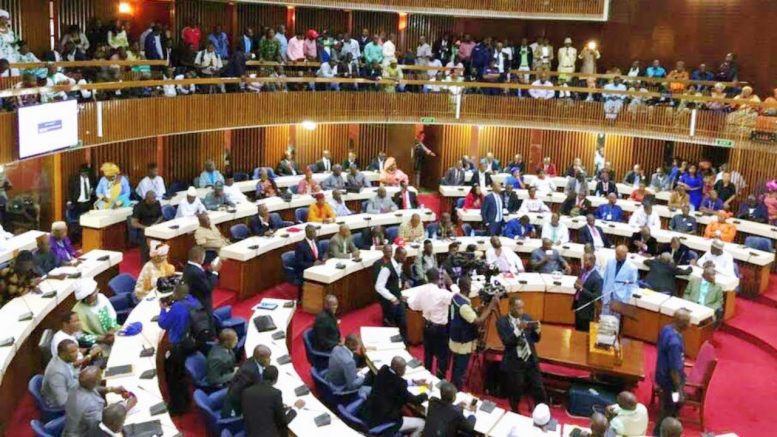 The Parliament of Sierra Leone has on Thursday 12th July 2018 debated and passed into law the Bill entitled “The Finance Amendment Act 2018”, to improving domestic revenue mobilization for the services of Sierra Leone.

Presenting the Bill, the Minister of Finance, Jacob Jusu Saffa said among other things that the Act is seeking to amend the Finance Acts of 2008, 2017, and 2018 and for other related matters, aimed at reducing tariffs on alcohol and wheat flour in order to provide for a competitive economy to benefit ordinary Sierra Leoneans.

The Government Side was happy for the amendments which they considered as not contentious because they are geared towards broadening and increasing the revenue generation base of the country; that Brewery could not produce enough to meet market demand; that Government was losing huge revenues from imported beer to smugglers; and that a lower tariff on beer from $4 to $1.5 per litre and that on wheat flour are actually aimed at benefiting ordinary Sierra Leoneans.

MPs on the Opposition Side argued that Parliament should retain the taxes.  Otherwise, a reduction will affect and undermine the production of beer by Brewery who have invested so much with corresponding effects on the sorghum farmers and thousands of Sierra Leoneans who might be put out of job; adding that the supply chain of Brewery is of benefit to Sierra Leone than Choithrams and other importers of beer who are considered as foreigners.

In another development, the Eighth Report of the Committee on Appointments and the Public Service was earlier debated and approved by the House on Thursday 12th July 2018.

Speaking after approval, the Speaker of Parliament, the Rt. Hon. Dr. Abass Chernor Bundu referred to the nominees as “eminently and quintessentially qualified” for the positions they have been nominated, whilst alluding to Professor Lawrence Kamara’s statement as a gross understatement “that NASSIT had gone off-track” and therefore currently in deep trouble which warranted his recall to NASSIT to give it a new life. Wishing the nominees success in their respective pursuits, he called on them to go forth and discharge their onerous responsibilities based on the confidence reposed in them by President Bio.

MPs on both sides of the aisle who spoke to the motion acclaimed President Bio for nominating suitably qualified persons to serve in high offices of State.  They called on NASSIT to pay both retirement and deceased pensions in time to the beneficiaries; some of whom had resorted to court action, and spoken about the need to take electricity to Waterloo and other places in the country; including solar energy to Falaba District.