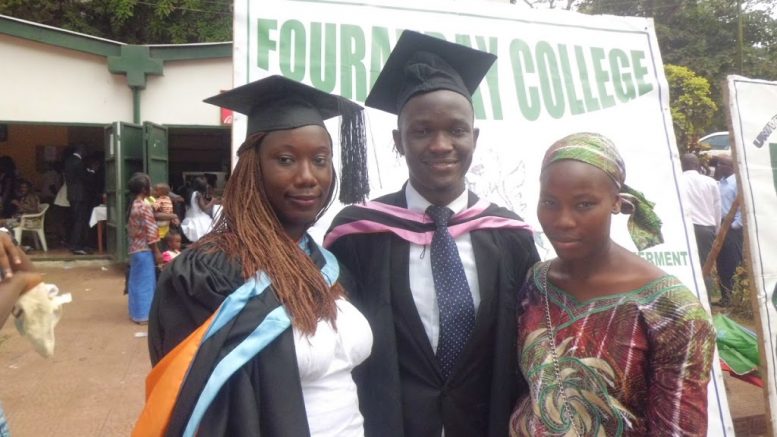 Before this announcement, which has gladdened the hearts of parents and young high school leavers who could not afford college and university applications forms, the president had already demonstrated his commitment to building the human resource base of a country. Sierra Leone currently has 70 percent of unemployed youth, 60 percent living below the national poverty line and only 41 percent literate adults.

President Bio’s calculated approach to revamping the country’s education did not come as a surprise. In his previous pronouncements, before and immediately after he took up office on 4 April 2018, the President had also announced and instituted free education for primary and secondary schools.

The President also plans for an improved condition for teachers, a student loan scheme, moved to increase capacity in the military and police forces, review the National Youth Service and most importantly, increase budgetary allocation to education to 20%, the highest since 2000 under former President Ahmad Tejan Kabbah.

It lends credence to the fact that the Sierra Leone Peoples’ Party is widely known for attaching a premium to education as a way of developing the human capacity of the state.

According to a media release from State House on Thursday 12 July 2018, the total number of targeted beneficiaries is about 15,000 students from across the country.  These include University of Sierra Leone (Fourah Bay College, College of Medicine and Allied Health Sciences and Institute of Public Administration and Management), Njala University, Milton Margai College of Education and Technology, Eastern Polytechnic, Freetown Teachers College, University of Makeni, Ernest Bai Koroma University and Bonthe Technical College.

It goes without saying that unless a person is educated, either at university or technical and vocational levels, he or she can hardly get a worthwhile job.

Unemployment is a severe obstacle to the development and progress of a country’s economic status, thus posing hindrance to the growth of a nation.

The economic status of Sierra Leone is pathetic and appalling, due to the lack of people who do not possess adequate skills and are thus unemployed.

Aware of the fact that if a country’s human resource capacity is healthy, that country’s Gross Domestic Product is also likely to grow strong,

President Bio has taken the burden off parents who find it extremely difficult to pay Le 500,000 just for entry form into universities and colleges.

Human beings today need to have a specific set of skills to survive in this competitive world as well as to be able to progress. These set of skills come from education.

Education is essential for a country to grow. Whether it is economically or socially, education plays a vital role in the growth of a nation.

“The primary objective of the New Direction is to increase access to quality pre-primary, primary, secondary, technical and vocational education and training as well as university education that will enable them to engage in meaningful, productive economic activity.

President Bio understands the concept of “service above self,” and he will work to match the trust, confidence, and loyalty of those he is leading.

Any leader is only as good as his or her team’s desire to be led by them. President Bio has come to deliver.