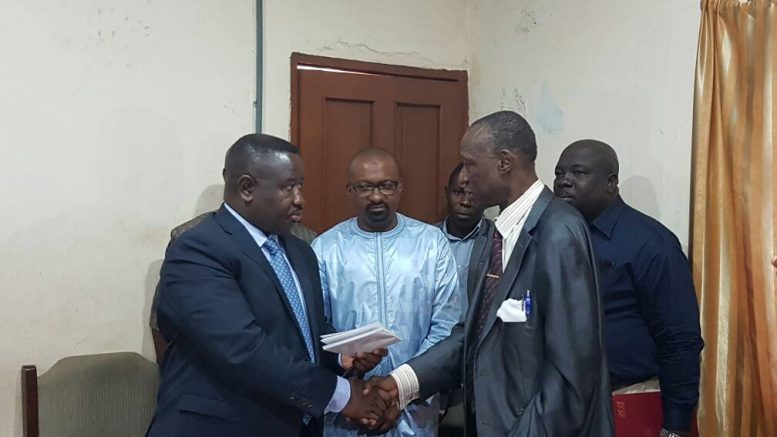 No Single Blood Should Drop In These Elections…Bio Assures PPRC

The Presidential Candidate of the Sierra Leone People’s Party, Rtd. Brigadier Julius Maada Bio has assured the Political Parties Registration Commission that no single blood will drop as a result of these elections. Bio gave PPRC this assurance on Tuesday, 16th January 2018 as he signed the Codes of Conduct committing himself and supporters of the SLPP to peaceful elections at the PPRC Conference Room, Tower Hill, Freetown. 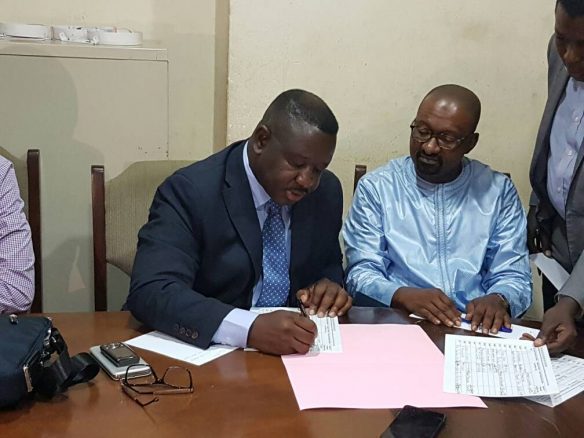 In signing the Codes of Conduct, Rtd. Brigadier Julius Maada Bio promised to cascade details of the Codes of Conduct to the SLPP membership and encouraged the commission to prevail on other political parties to do the same. Bio also said that he prayed that polling day would be like any typical day devoid of tension, anger, and violence so that people can vote peacefully and later look forward to the genuine results. Bio urged the Commission to continue its excellent work in regulating political parties for a better Sierra Leone. 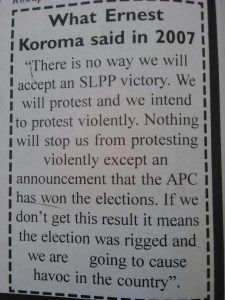