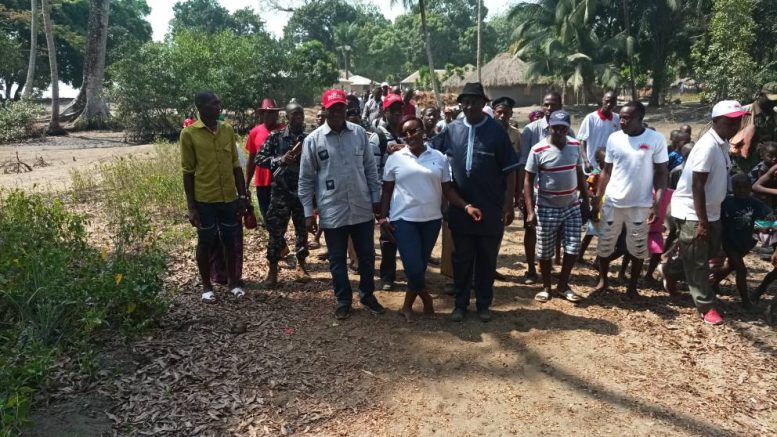 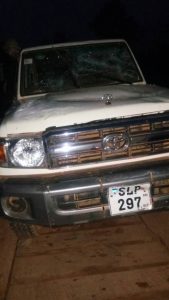 Following a spate of ritual murders in Jong Chiefdom involving two victims, a six-year-old girl at St. Theresa’s Girls Primary School in Mattru Jong and another child from Mosonga Village, in the Jong Chiefdom, residents are terrified because there is no police protection.   The six-year-old girl was picked up and, carried away during school hours.  She remains missing.  They found the mutilated body of the other child.   The unresolved incidences are stroking fear into the community, and the Chiefdom people are in fear mode.

The people then consulted with an Ariogbo.  The Ariogbo accused one Morray Jusu, a resident of Mattru Jong of responsible for the mysterious disappearance and also accusing him of tricking the first native doctor, resulting in his failure to find out the truth.

Morray Jusu has some strong ties with the higher echelons of the APC at the National level.   He comes from Nongoba Bullom (Bohol section).  Unconfirmed sources say he had received similar accusations of cannibalism and ritual killings in his hometown.   As a former Kamajor with a penchant for notoriety, unconfirmed sources also claim that he engaged in piracy in the Bonthe axis during the war years.

Since Moray Jusu’s relocation to Mattru Jong from prison shortly after the transition from SLPP to APC, there have been about nine cases of ritual murders and mysterious disappearances although there are no links of his involvement until this recent incidence.  However, connecting the dots seems to link directly to him.

Eyewitnesses in the first search process connected dots concerning the Ariogbo’s assertion that the native doctor was tricked by Morray Jusu who hit him while under the spell of magical powers.  It was why the native doctor failed to deliver the truth.

The police, however, dismissed what the Ariogbo presented because it lacks tangible evidence, in the absence of which,  is impossible to prove a case against the accused in a court of law.  The police decided to escort Moray Jusu out of Mattru Jong to Bo to save his life from the furious mob.

Protesters, mostly women, would later demand that the authorities ban Morray Jusu from the Jong Chiefdom.  The protesters attacked the residence of Moray Jusu and, that of the Paramount Chief, Alie Badara Sheriff.  Pelting stones at the Chief’s house, the protesters accuse him of doing little to end the human disappearances in the communities.

The police were swift to deploy at the residence of the accused ritual murderer to avert vandalism which action angered the Chief.  Chief Sheriff expressed his dissatisfaction and lack of confidence in the police because their investigations have not produced any tangible evidence and yet, they (police) could protect Morray Jusu’s residence over a kilometer away from the police but could not protect his house that is just about a hundred meter for the police station.

Although Morray Jusu was strongly warned by stakeholders to stay away from Mattru for a while, he, unfortunately, returned in about a week or two, and his presence created a panic that saw parents rushing to schools to collect their kids.

There are allegations that, before the day of vandalism of his residence, people saw Moray Jusu in the school where the poor girl had mysteriously disappeared.  Rumors have it that one of the teachers confronting him about his presence as a matter of traumatic security concern to the school authorities, the kids and, the parents.

The panic may have triggered the protests that led to the vandalization of his residence with the intent to force him out of Mattru and, the Jong Chiefdom.

With many incidents of insecurity and unconfirmed rumors of cannibalism and ritual murderers chasing residents at isolated locations, there was a clarion call for residents to be vigilant in protecting all and sundry in the chiefdom.

Story by Dito and reporting from Mattru Jong.  With Editing by SLPP Today staff.  This is a developing story…