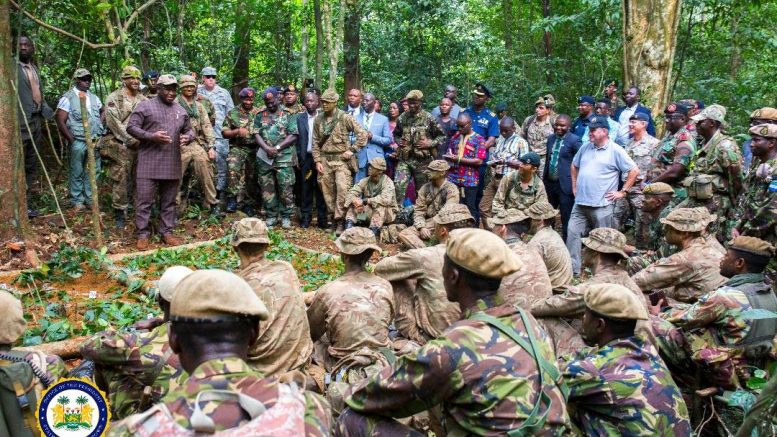 As Sierra Leone prepares to convene a revelatory Commission of Inquiry, I must discuss the need for a national security alert. Few weeks after the inauguration of President Maada Bio, I examined the importance of restructuring our country’s security forces. After ten years of Ernest Koroma’s ruinous tribalism, both the rank and file and command structure of our security forces became dominated by APC defenders, most of whom are fiercely partisan rather than nationalistic. Committed to the repossession of stolen funds, the SLPP government in Freetown remains vulnerable to subversion from APC fanatics in strategic positions. If anything, APC stands to gain a lot from a chaotic Sierra Leone, where anarchy holds sway. That is why I suggested several months ago, that in the interest of our national security the Bio-led government needs to restructure the security services, especially the POLICE FORCE. Unfortunately for Sierra Leone, my suggestion went unheeded.

Fast-forward to this moment, when a Commission of Inquiry will reveal some of the grubbiest scandals and secrets of the APC. Cornered by the dictates of accountability, APC has nothing to lose. If APC can irretrievably sink Sierra Leone into chaos, the party will menacingly respond to such a temptation without the slightest regret.

As the Commission of Inquiry prepares to commence its work, government should put our security forces, particularly the country’s intelligence agencies, on ALERT. If the SLPP government underestimates APC’s capacity for violence and destabilization, Sierra Leone will be the loser.