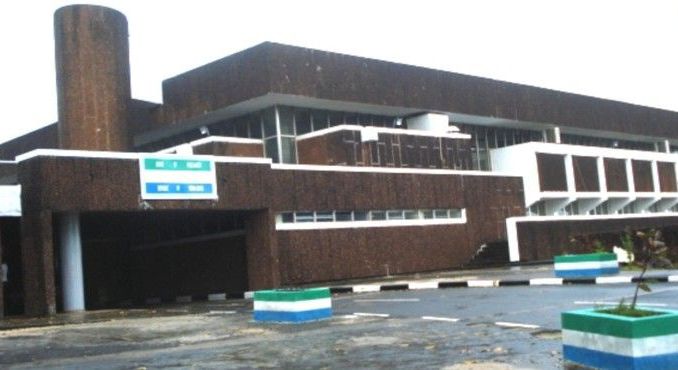 REFLECTIONS ON THE FOURTH PARLIAMENT OF THE SECOND REPUBLIC OF SIERRA LEONE. 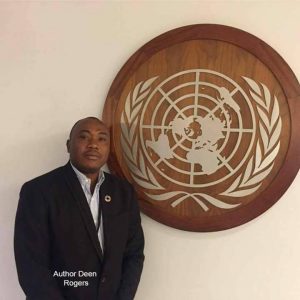 Thursday 7th of December, 2017 was not an ordinary weekday. The day ushered in the ringing of a bell. The melody that accompanied it was signaling the end of a time. Indeed, the Fourth Parliament of the Second Republic of Sierra Leone was in the throes of its final breath. It was a moment that was emotional, sensational and reflective of the harsh realities of politics and power in Africa South of the Sahara.

At about 10 am local time, the Clerk of Parliament, under the provision subsection (1) of Section 85 of the Constitution of Sierra Leone (Act No. 6 0f 1991), proclaimed the dissolution of the August Body. And His Excellency the President made his final and farewell speech, having served two (2) consecutive terms as President of the Republic.

Having served as a senior legislative officer during this period under review, it became a moral obligation for me to share in brief, my experiences and thoughts on some of the core activities of the Fourth Parliament of the Second Republic.

A better way to share these reflections on the Fourth Parliament is to give an account of the cardinal or traditional functions of Parliament during this period: Representation, Law – Making and Oversight. Each of these functions will be looked at from a constitutional and institutional perspective, incorporating the sum total of my experience, spanning almost a decade in this legislative environment.

In fulfilling the above constitutional provisions, the Fourth Parliament of the Second Republic had a total of 124 Members of Parliament, of which 112 were ordinary members directly elected by constituencies and 12 Paramount Chief Members individually representing each of the then 12 administrative districts of Sierra Leone. The Fourth Parliament had only two (2) major political parties in the Chamber (All Peoples Congress – APC and Sierra Leone Peoples Party-SLPP). The APC had 70 elected members and the SLPP 42 elected members. The gender configuration at the end of the Fourth Parliament was 16 women and 108 men. Young adult representation was at a fairly encouraging 32% or thereabouts. At about the end of the Fourth Parliament, there was no youth representation because jocularly those who were elected as the youth had already entered into the young adulthood or passed the youth age before the effluxion of time.

The Fourth Parliament also saw its moments of grief caused by the loss of seven (7) of its Members at the wicked hands of death. The most shocking was those successive ones of Hon. Patrick Foyah and Hon. Mrs. Alice Foyah from Constituency 01 in the Kailahun District. It was a situation of the husband succeeding the wife in Constituency 01 but they both died successively before completion of the same term in the Fourth Parliament. The most touching and emotional one to me personally was the death of Hon. Augustine B. Torto, a Member I served as Clerk on the Foreign Affairs Committee, which he chaired for several years. There are also fond memories of Hon. Bliss Osho Williams, who was the Team Manager of the Parliamentary Football Team – a team that served as a comforting recreation for Members of Parliament. I still vividly recollect to date, the pound sterling notes he splashed for a brilliant goal, our provincial tours with the team and the issue of the “monkey delicacy’’. I am very sure that these fond memories will remain for a long time in the minds of the erstwhile Deputy Speaker – Hon. Chernoh Bah, the then Chairman of the Sports Committee – Hon. Nuru Deen Sankoh-Yillah and the Team Captain then – Hon. Alpha B. Lewally.

The hands of death still haunted the path of the Fourth Parliament; this time it was my “Editor-in-Chief’’, Hon. Frank Kposowa who died in a gruesome road accident on the 11th January 2018. The Member of Parliament had served two (2) successive terms representing his people from the then constituency 071.

For almost ten (10) years, I worked with Hon. Frank Kposowa who edited and gave journalistic meaning to much of my writings in Parliament. A day before the accident that took his life, we discussed the first draft of this article and as usual, he made few comments and suggestions to me. His soul will never be pleased if I do not use the word “subterfuge” when making reference to his memory. A word only Hon. KES Boyah, Hon. Dr. Bu-Buakei Jabbi and my humble self, understand better than the literal English meaning given to it. Until his death, our Parliamentary banter was “subterfuge’’ – that was how we greeted, initiated discussion and shared ideas.

Notwithstanding the above achievements, parliamentary representation still remains a political concept that requires civic education at national level. Representation is a difficult political craftsmanship; and to this, political parties should add some more elements into awarding party labels to candidates in order to ease this difficult task from elected officials of the state. The nexus between constituents’ expectations and the representative function of Members of Parliament remains inexhaustive. It is hoped that the Fifth Parliament will look at the representative functions of its members and the messaging around the whole concept, properly conveyed to the body of voters.

The leading question in this national discourse shall be; WHO IS A MEMBER OF PARLIAMENT?

Perhaps the most impactful function of Parliament is to make laws. No wonder why Lord Blackhall stated that “Parliament can do anything except turning a man into a woman”. In fact, lawmaking can even do the exception in Lord Blackhall’s assertion. J.S. Mill (1806-73) could not agree more with Lord Blackhall when he expounded his thoughts on parliamentary sovereignty which, in his words, connotes the principle of absolute and unlimited power. The Constitution of Sierra Leone (Act No.6 of 1991) defines the location of supreme legislative powers in Section 105 thus: “Parliament shall be the supreme legislative authority for Sierra Leone.”

Lawmaking is a critical component of parliamentary function. In the frequent usage nowadays, Members of Parliament are referred to as lawmakers; and in some instances, lawmaking over-shadows the other equally important functions of Parliament.

The Fourth Parliament had a fair share in its lawmaking mandate. Lawmaking in a parliamentary environment is a disciplined practice and procedure, and it includes several elements. The Constitution and the Standing Orders of the Sierra Leone Parliament are very clear on the mandate of Parliament in law-making. The table below is indicative of the elements and the activities done by the Fourth Parliament of the Second Republic on Lawmaking:

The above table is not exhaustive but it is a clear indication of the work of the Fourth Parliament.

However, the following areas should be under serious consideration for the Fifth Parliament:

(i) Promoting participatory lawmaking. The dividend of this in the Fourth Parliament was the 2016 “Abortion Bill”. It was a Bill that generated overwhelming public interest and engagement. The Bill never survived maturity into an Act because the Court of Public Opinion was against it. In other words, the said Bill was guillotined,

(ii) A thorough look at Standing Order 5(9) on parliamentary sittings,
(iii) A pensive look at Standing Order 19, which speaks to Questions to Ministers and
(iv) Expert and Civil Society partnership. This will enable Parliament to expand their reach and to ensure that voices that might not otherwise be heard are given the chance to contribute to the legislative process.

The intersection of representation and lawmaking is the Oversight function of Parliament. It is the caller calling to account. The generality of Sections 93, 94, 95 and 96 of the Constitution of Sierra Leone (Act No.6 of 1991) in tandem with Standing Orders 70 and 72, explain how oversight is conducted and outline the powers and privileges of Parliamentary Committees, which are the principal means of in Legislative Oversight.

Oversight function in Parliament is an accountability mechanism which looks at issues of value-for-money and the actual result or outcome for the people, especially the vulnerable group.

Perhaps the foremost of such accountability mechanisms in Parliamentary oversight function is the Public Accounts Committee (PAC). The PAC of the Fourth Parliament made major strides, and the highpoint of it came up during the Auditor-General’s mid-term audit report on the Ebola Funds. It was a new terrain for the PAC. But the oversight committee, with other accountability institutions of the State, was able to investigate the issues in the audit report and a report was submitted to the government. Other oversight committees performed equally and the Committees Department of Parliament which serves as the workshop of Parliamentary Oversight, laid on the table of the House, over 100 Committee Reports.

The following should be cited as areas of consideration for the Fifth Parliament:

(i) Retool the systems and practices of oversight activities through capacity building of MPs and staff
(ii) Timely provision of the necessary funding to enable oversight Committees deliver on their legislative mandate
(iii) Revision of the Standing Orders of Parliament and recalibration of the modus operandi of oversight activities
(iv) Constitute committees on government assurance and modernization – the committee on assurance will serve as constant oversight mechanism on government pronouncements and commitments on national development; whilst the modernization committee will serve as a reform or self-assessment tool.

Parliament as the birthplace and the shrine of democracy has three (3) traditional but interrelated functions: to make law, to oversee the activities of the executive branch of government and to represent the interests of the people, as well as to ensure accountability, transparency, and inclusion across State governance.

The Fourth Parliament of the Second Republic made several strides to fulfill its core constitutional mandates to the people of Sierra Leone. There were challenges during the course of the journey, but those challenges were not insurmountable. The Assembly was able to uphold subsection 3 of Section 73 of the Constitution of Sierra Leone (Act No.6 of 1991), which states: “Parliament may make laws for the peace, security, order and good government of Sierra Leone”.

The legacy of the Fourth Parliament like all other Parliaments so far in the Second Republic, is enduring. And hopefully, the ensuing Parliament will be able to maintain and perfect that legacy in the coming years.