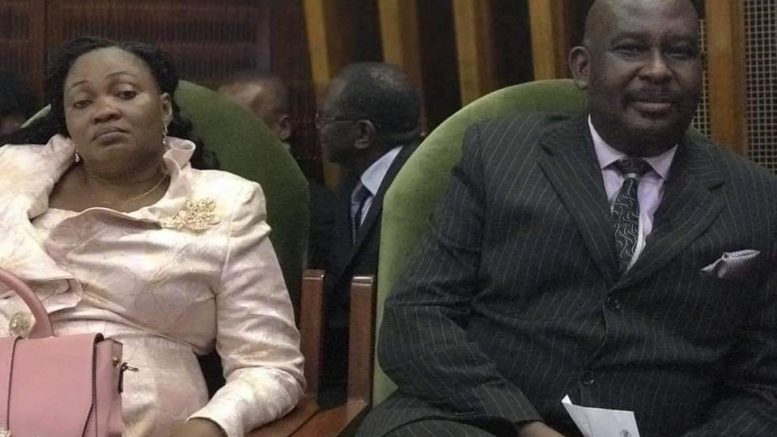 The Parliament of Sierra Leone has on Friday 21st December 2018 debated and unanimously approved the Twenty-Third Report of its Committee on Appointments and the Public Service, chaired by the Leader of Government Business, Hon. Sidie M. Tunis.

Speaking to the nominees after approval, Speaker of Parliament, the Rt. Hon. Dr. Abass Chernor Bundu commended President Bio for nominating a highly qualified Judge as Chief Justice to preside over the Judiciary of Sierra Leone. He also congratulated the nominees and wished them well in pursuit of their new assignments.

The following presidential nominees were approved by Parliament:

Contributing to the debate, Hon. Hassan Sesay, the Opposition Whip in Parliament decried the Committee’s Report for failing to capture all the issues discussed, whilst referring to the nominees as qualified.

The Leader of National Grand Coalition, Hon. Alhaji Dr. Kandeh Kolleh Yumkella appreciated the nomination of the new Chief Justice, and called on him to protect and uphold the Constitution of Sierra Leone, whilst emphasizing the obligation to see that the rights of all Sierra Leoneans are respected and protected at all times. He encouraged the Chief Justice to particularly ensure that the Judiciary is subjected to only the 1991 Constitution or any other law devoid of control or direction from any other person or authority.

In rounding up the debate, the Leader of the Opposition, Hon. Chernor R.M Bah unreservedly endorsed the Committee’s Twenty-Third Report, saying “I was part of the interview process of the nominees”.

In concluding the debate, the Leader of Government Business, Hon. Sidie M. Tunis thanked the House for approving the nominees, whilst assuring Parliament that “in future the Committee will capture all the deliberations at that level in its Report to the Plenary”.