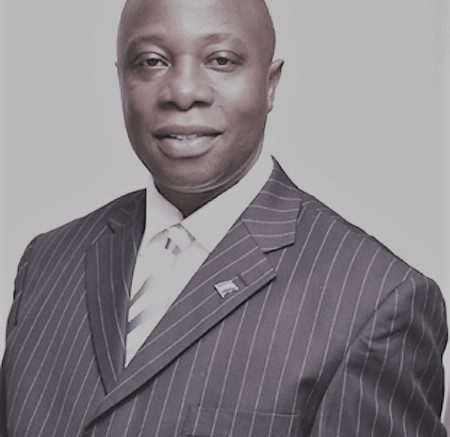 A couple of weeks ago, an editorial in the Global Times newspaper called on President Ernest Bai Koroma to intervene and resolve the impasse in the Opposition SLPP. The Editor of Global Times, no doubt exasperated by the seemingly interminable feud in the GOP, wanted anything, or anyone to bring the problems to an end. Global Times’ argument was that there was a precedent for this, in the sense that the late President Kabbah had intervened in the internal conflict of the then Opposition APC and helped to bring peace.

No doubt eyebrows were raised when the Editor made his audacious appeal.

To many, this was like sending the hyena to go and keep watch over the chickens.

But in fairness to President Koroma, apart from the fact that he is not President Kabbah, mediating peace within the Opposition doesn’t fall within his job description. If the Opposition SLPP decides to tear itself apart, that should be their choice. President Koroma’s preference would be for his party to remain the governing party of this nation, and it is not just me saying this, the President himself has been heard and seen on social media telling his supporters that he would work hard to hand over power to the next APC administration. So he has no incentives to become a mediator in an SLPP dispute.

What had perplexed a lot of people in this country over the past few years is how can a party that always boasts of having some of the country’s best brains could have allowed its internal differences to have reached such a point that it has to all intents and purposes cease to function as a responsible Opposition, thereby failing to hold this government to account both in Parliament and outside for its misdeeds?

Many have volunteered an explanation for this, some had believed strongly that there was a “third force” behind the SLPP problems, in effect, an invisible hand that was actively at work in accentuating the division and polarisation within the party. There are justifiable grounds for buying this theory, but even at that, I would rather lay the blame squarely at our doorstep of the party itself.

I believe that the late President Kabbah did not have a magic wand to have made the then Opposition APC resolve their differences if they didn’t have the willingness to do so. Equally, no amount of “third force” influence can succeed in instigating the problems within the SLPP if it did not allow itself to be manipulated in the first place.

There was one key determinant that informed the decision of the APC to resolve their differences in 2007; it was their hunger for power. On the other hand, the SLPP had not had that sort of political appetite up to this point, until last week, when it woke up to the fact that it was facing a  famine, not just a hunger for power.

Whilst this government has been basking pursuing the “awujor” agenda, the SLPP has been fighting each other for the bread crumbs falling off the government’s table. This was the lowest a political party would allow itself to descend to. During the Kabbah years, the Opposition was not relegated to this level of political penury and servitude; it was known that members of the Opposition were allowed to be members of parastatals or even heads of some of them. The Leader of the then Opposition  APC was even a member of the famous Libyan Rice Committee, that the APC cynically turned around and weaponised the Rice issue to make a political capital.

During the Kabbah years, service to strategic Bodies was not based on colour during the Kabbah era, being a Sierra Leonean was qualification enough for the late President to share the national cake. Today, the picture is different; it is one’s political colour that defines how one earns their living in Sierra Leone.

So the decision by the SLPP last week to retreat from the cliff edge and make an effort to resolve its internal differences could mark a turning point in both its own fortunes as well as those of the nation. If the SLPP has truly discovered a pathway to peace, the party will form the next government. But a declaration of peace on its own is not an end in itself; it is a means to an end. The road ahead is fraught with hurdles, and this is where the true test of the peace will lie. The obvious test will be the conduct and outcome of the leadership of the party. The irony is that this is the one issue that has been the source of the deep division. So in a way, the party did not resolve the problem, it was a problem that needs to be face up to and resolved. But there is a political as well as atmospheric nuance that is present now which has been absent in the past, and that is the willingness of key Stakeholders to sit and talk. This can only be a good thing, and a useful catalyst in helping to resolve this and other issues.

There is an imperative need for the SLPP to make this peace work in order to enable the party to return to power. Whilst the party has been out of power all the key achievements it has to its credit has either been destroyed or changed beyond recognition. It would, therefore, inherit a new and challenging political as well as economic landscape.

There is the problem of massive unemployment among the youth population, the healthcare system is broken; the country which the SLPP left debt free is now saddled with massive local as well as foreign debt. Turning such a country around requires a huge amount of work, it would need the best brains that were mustered by the late President Ahmad Tejan Kabbah to lay the foundation for the reconstruction of our devastated country after the war. What we have had in the past nine years has not been a civil war, but it has been the highest display of economic and social vandalism that has set the country back a decade or so.

For the SLPP this is where the much-needed compromises would have to be made. Looking at the signatories of those who signed the peace communiqué, it is worth noting that the party has an impressive array of talents, and with such competitive advantage, all that has to be done is that final push towards realising the fact that not everyone will sit in the President’s Chair, it has to be one person; but the rest can constitute what can be described as the “Leadership”. If the party can manage this, it will have a justifiable reason for patting itself on the back.

The events last week is a double-edged sword for the SLPP, if it renegades on its own peace declaration, it will lose credibility in the eyes of not only its supporters, but the nation as a whole and the political impact will be incalculable.

If on the other hand it carries through and builds on the momentum of the peace, it would have generated such level of optimism. The SLPP will discover that it has unleashed hope in a nation that had up to this point been left stranded between a tired and corrupt system and a weak and hitherto demoralised and weak Opposition.

Such an audacious decision on the part of the SLPP to pull back from a political cliff edge is the very reasons why electorates compensate parties with emphatic mandates.