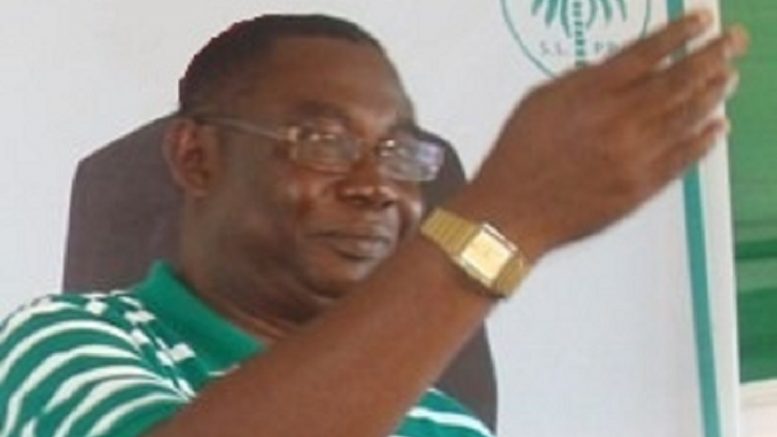 In the last couple of years, we have been making attempts to amend our constitution to respond to the new realities in our country and to the changing fortunes of our party. The need to amend our constitution becomes even more urgent because of attempts by us to fiddle with our Constitution to suit our purpose, disagreeing with its contents when it does not suit us, using it effectively when it suits which in my view is a dangerous trend that may lead to the breakup of the Party.  A Constitution cannot be interpreted at will nor can it address every single issue that arises in the Party. It is meant to serve as a broad guide on critical issues for which there is general agreement, written in a very simple language that should be understood by as many people as possible and subject to interpretation by experts when there are disagreements.

In this review, the Committee should endeavor to raise and address issues that in our knowledge and experience have been misunderstood, misinterpreted and have been a potential source of conflict. We should also be as open-minded as possible to accommodate our vision of the future as well as the valuable experience that has yielded positive results for others in a similar situation. In the same vein, we should also be mindful of our National Constitution which guides

all persons and all institutions in their operations, through its emphasis on the law.

In this regard, our constitution must never be designed to serve the interest of any individual.

As a means of generating debate, the following 20 issues and questions are being raised by the  Chairman of the Committee. There are many more which I have not thought of. The challenge before the Committee is to raise as many issues as possible so that in addressing all of these issues, we will improve upon our document.

Leadership and the Secretariat

Section 76 (1) (h) of the National Constitution and 14(1) of the Political Parties Act (Jabbie 2013). Is this interpretation correct? if so what position can the Party adopt on the matter? How can that position be reflected in the new constitution?

5.  Are we satisfied with the current methods of electing Party officials at all levels including the Party Conference? What other options are there for these processes?

6.  What about the protracted issue of choosing candidates for public elections Local Councils and Parliament? Is there a way of making these matters constitutional? If so, how and to what extent?

7.   Is the current method of electing the Flag-Bearer the best method? Is the National Party Conference the best option for electing a Flag-Bearer? If not what: other options are there? If we decide to stick with the Party Conference and for the sake of forging greater unity in the Party, should the Paw not insist on a 55% requirement for the Election of a Flag- Bearer What is obvious is that if all candidates fail to gain the 55% required for an outright victory, the two leading contenders will be forced to negotiate with the other candidates who did not get the minimum requirement for their support in order to forge alliances to win and in the process foster party unity.

8.  Resolution (3) of the NEC meeting of 6th December 2012, pleads with NEC for the Flag-Bearer and Running-Mate to continue in current roles respectively until the next Party Conference, notwithstanding clause 6(m) of the Party Constitution.  Is this a contravention of the Party Constitution? OR  is it a “storm in a Tea Cup”?  How can we in amending the constitution, define the status and role or Flag-Bearer and Running-Mate to ensure a smooth transition, in case they fail to win a General Election?

11.  Membership dues are hardly collected and properly accounted for. Why? How do we make sure this happens? Is this a Constitutional matter

12.  Are there categories and criteria for Patron and Grand Chief Patron membership in the constitution? if not why not? What role can we give to these Party Patrons?

13.  Are we satisfied with the set of current Party structures? Do we need to expand the size and functions of the current structures or do we need to add more structures?

14. Is it not preferable for a national Women’s Leader to be chosen by her Peers rather than by a whole Party conference? Can the same not apply to the National Young Generation Leader? If the Party so decides, these two issues can best be handled by having separate Party conferences for Women and the Young Generation where their respective National

Executives are chosen. Such Executives can then be adopted at the National: Party conference. The Party Conference can then decide who among those expenditures becomes National Officer. Can this arrangement not motivate them and give them some autonomy? Furthermore, why a Regional Chairman should be chosen by a National

Party Conference instead of the Region?

15.  How can the Constitution adequately cater for the Party representatives in the Local Councils within its framework?

18. How often do Districts and the Regions meet? How is this monitored? How do we monitor the party at the lower level if we do not have a Party inspectorate or some other monitoring mechanism?

19.  Have these issues been adequately addressed in our constitution? It is obvious that we may need to consult them on how they would want their own issues to be addressed in the constitution but we also need to have our own ideas on how best this can be done for the sake of a tidy constitution and a smooth working relationship.

20.  Sierra Leone now has a Republican constitution that has so many gaps and conflicting paragraphs and clauses and as a result, it is constantly undergoing amendments, albeit surreptitiously. Nevertheless, we need to ensure that our constitution is in line with the National Constitution and the newly established Political Parties Registration Commission, as well as fundamental electoral laws that have been passed in various legislative instruments over the years. Amendments to our current constitution must be mindful of these facts as well as the current proposal by the Government to further amend the National constitution.