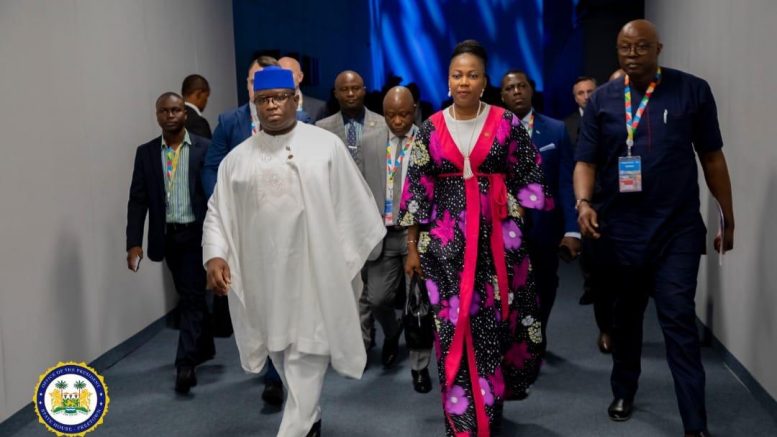 The two-day forum, which started Wednesday 23 October, is an important and much-anticipated milestone in laying foundations for the promotion and enhancement of trade and economic relations among the economies across the African continent and enabling the diversification and deepening of economic collaboration between Russia and Africa.

In his welcome address, host President Vladimir Putin said that economic issues were integral and an actual priority of Russia’s relations with the African countries. He said that developing close business ties would serve common interests, contribute to the sustainable growth of all countries, help to improve quality of life and solve numerous social problems.

He noted that a lot of efforts went into the preparations of the Forum saying that multiple events on specific fields of Russian-African cooperation had been held over the past year. He also reiterated that African countries were becoming increasingly attractive for Russian businesses largely due to the fact that Africa was becoming a global economic growth center.

“Integration processes unfolding in Africa provide additional opportunities for cooperation. We welcome the creation of the African Continental Free Trade Area as part of the African Union and are willing to work with this new entity. We support establishing close working contacts between the EU Commission and the Eurasian Economic Commission. As an active participant in the EAEU, Russia will do its best to facilitate the convergence of trade regimes in the African Free Trade Area and the EAEU common market,’’ he assured.

Chairman of the African Union and also co-chair of the Forum, His Excellency President Abdel Fattah el-Sisi, said that he was highly appreciative of the attention given by the Russian Federation to strengthen the cooperation between Russia and Africa. He said the Forum was regarded as a platform to develop a relationship for mutual investments and cooperation between the two peoples and therefore commended the Russian Government for perfectly organising the Forum.

President Julius Maada Bio, who was accompanied by First Lady Fatima Maada Bio and other senior members of Government, is expected to deliver a statement on Thursday 24 October 2019. Other members of the delegation also participated in various sessions as part of the ongoing Forum.