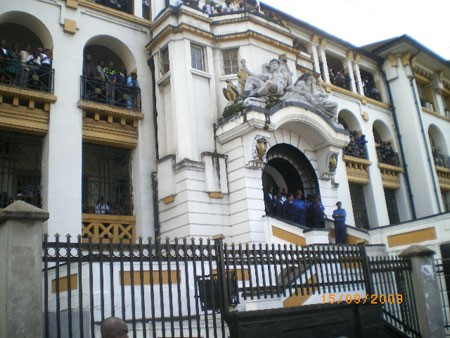 Sierra Leone Judiciary, Law Courts Building, 24th September 2020: The High Court of Sierra Leone, presided over by Justices Simeon Allieu, AT Ganda, and Samuel O. Taylor has sentenced 39 accused persons to a maximum of 16 years and a minimal of 12 years imprisonment for sexual penetration contrary to Section 19 of the Sexual Offences Act, 2012, as amended by Act No. 8 of 2019.

This is the first time that thirty nine (39) accused persons were convicted by the High Court in just three weeks since the legislation of the Sexual Offences Act in 2012.

In Kailahun District, out of the 28 Sexual Penetration cases dealt with, 14 persons were convicted, 6 discharged, 4 acquitted and discharged, 1 discharged posthumously and 3 reserved for judgement.

In Pujehun District, Justice AT Ganda sentenced 8 accused persons to imprisonment, 2 acquitted and discharged and 1 discharged.

In Moyamba, 8 accused persons were convicted and 1 accused was acquitted and discarded.

In Port Loko, 4 accused persons were convicted and 1 acquitted and discharged.

In Mattru Jong, 5 accused persons have so far been convicted pending the outcome of the High Court criminal sessions.

The Criminal Sessions of the High Court is fully funded by the Judiciary of Sierra Leone courtesy of the Government of Sierra Leone and geared to addressing overcrowding in correctional centres. It is held in places where there are no sitting Judges.

Since his appointment as Chief Justice of the Republic of Sierra Leone by His Excellency the President Dr. Julius Maada Bio, His Lordship, Justice Desmond Babatunde Edwards has ensured expeditious trials and effective access to justice for every citizen.