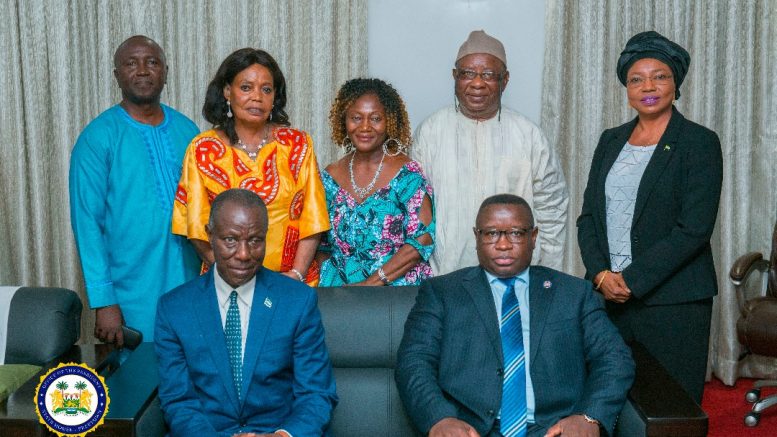 Ambassador to Washington, Sidique Abubakar Wai, said he was grateful for his appointment to serve his nation abroad. He said that President Bio was leading the country in a positive direction and thought there was every need to join the cause to transform Sierra Leone. He stated that he was ready to build on the already existing relationship between Sierra Leone and the USA.

He said he was looking forward to working with Sierra Leoneans in the diaspora, adding that he was committed to actualising Africa and President Bio’s vision for a permanent representation at the United Nations Security Council.

In his response, President Bio congratulated the two ambassadors and assured them of his government’s support to them performing their duties as well as providing the necessary support to help them succeed. He said both men understood his manifesto and therefore urged them to project the good image of the country.

The Ambassador designate to the Republic of Liberia, Edie Sidique Masallay, thanked the President for according him the opportunity to serve in his new role, adding that he would foster the country’s interest and get investors to come to Sierra Leone.

”Economic diplomacy is what we are looking at today because we want to enhance trade between Sierra Leone and other countries around the world. I wish you all the best and look forward to working with you all the time,” he assured.

Ambassador Wai would be accredited to the United States, Brazil, Canada, Trinidad and Tobago, Guyana and the Bahamas whilst his Liberian counterpart would oversee Liberia and Ivory Coast.