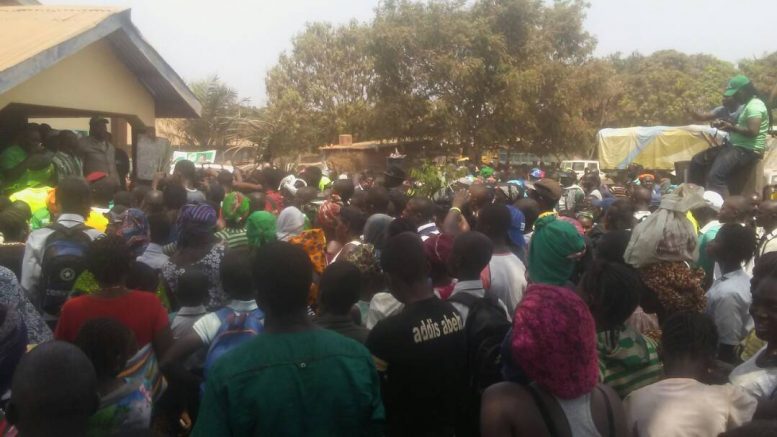 Over Assassination Attempt on Maada Bio in Kamalo….

Samura Kamara Should Apologise To The Nation, says SLPP Scribe

Commenting on the incident, lawyer Koroma said that the APC thugs in Kamalo would have acted on instructions to assassinate Rtd. Brigadier Bio and that Samura Kamara should take responsibility by apologising to the nation.

“If Samura Kamara is honest, he needs to tell the public who sent the APC thugs to target the vehicle of Bio with stones and other missiles smashing door mirror. And if Samura Kamara is not capable of controlling APC thugs in his hometown, how can he control APC thugs across the country causing violence and intimidation,” the SLPP scribe stated.

Also responding to the Press Release by the APC Secretary on the Kamalo incident, lawyer Koroma dismissed it as mere rambling and the usual evasive approach when APC perpetuate violence. Koroma said that APC cannot run away from their acts of violence.