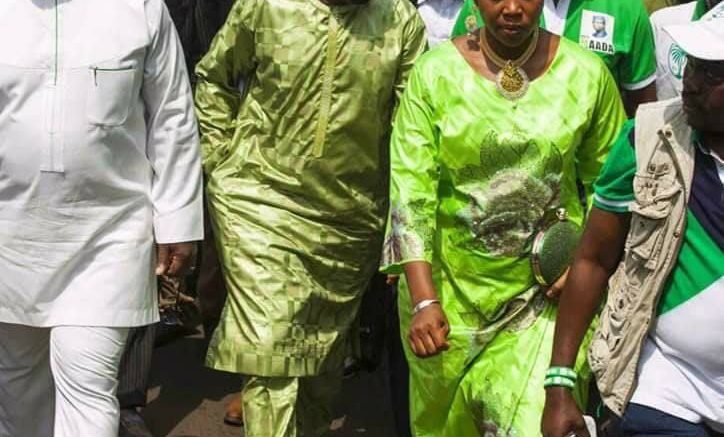 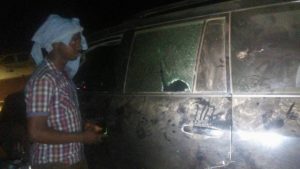 The Sierra Leone People’s Party wishes to express grave concern over the assassination attempt on its Presidential Candidate, Brigadier (Rtd) Julius Maada Bio on Tuesday 20th February 2018 in Kamalo, the hometown of the APC Presidential Candidate, Dr. Samura Kamara. Bio was in Kamalo to address a huge crowd of SLPP supporters as Tuesday was the designated campaign day for the SLPP in Karene District.

In a well-organised assassination attempt, APC thugs targeted the vehicle of Brigadier (Rtd) Julius Maada Bio with stones and other dangerous missiles leading to the smashing of the door mirror where the Presidential Candidate sat and causing several dents on the vehicle. Brigadier (Rtd) Julius Maada Bio narrowly escaped through another vehicle but several injuries were inflicted on Party members and vehicles damaged.

We view this assassination attempt on Brigadier (Rtd) Julius Maada Bio not as an isolated incident rather it is part of a systematic plan by the APC to create chaos in the coming elections, undermine the peace of the country and intimidate SLPP members and supporters ahead of polling day.

A similar incident of well-organised attack on SLPP members and supporters also took place in Tokeh on Sunday, 18th February 2018. The Deputy Minister of Trade and Industry, Mr. Ibrahim Washinghai Mansaray took APC thugs to Tokeh before the arrival of the SLPP Presidential Candidate, Julius Maada Bio and many supporters were brutalised and arrested. In many areas especially in the North, there is also now a  pattern by supporters of the APC to destroy posters and banners of the SLPP Presidential Candidate.

It is also regrettable that the narration of the Local Unit Commander during a radio interview on the political violence in Kamalo was not only bias but most importantly factually inaccurate. The allegation by the Police Officer that gunshots were fired by security personnel of Brigadier (Rtd) Julius Maada Bio is a clear evidence that the police officer was feeding on APC rumour and smear campaign. By repeating such an APC rumour, the Police Officer has undermined the integrity of the police investigation.

The assassination attempt is a worrying development few weeks before elections day. Therefore, we are calling on our development partners and moral guarantors to ensure that the APC commits itself to peaceful and non-violent elections. The SLPP wishes to reiterate its commitment to peaceful elections but also maintains that we will resist any form of political violence against our members and supporters.